Showing posts from 2021
Show All

Review; Life On A Rock by K. A. Albury 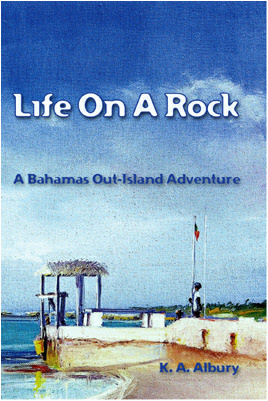 Recently I ended up reading Life On A Rock by K. A. Albury so I could cross of Bahamas on my World Literature Project. Today I'll post my review of the book. Description of the Book Kate lived on Highborne Cay, Exuma, in the Bahamas for five years. Most people think it would be a vacation paradise to live and work on a small island, away from the stress and confusion of everyday life. This book will tell otherwise. It is the true story of a woman who learned about courage, fortitude and patience as she continually faced extraordinary and often dangerous situations in a place that had no doctor, no police nor other emergency personnel. Her everyday experiences in an isolated surrounding provide excitement and give a fresh and thought-provoking view of unusual events that were part of her life on this tiny, unprotected island in the Caribbean. From an armed robbery, drug traders and illegal immigrants, to medical mishaps and disasters at sea, Alison learned in those short five years
Post a Comment
Read more 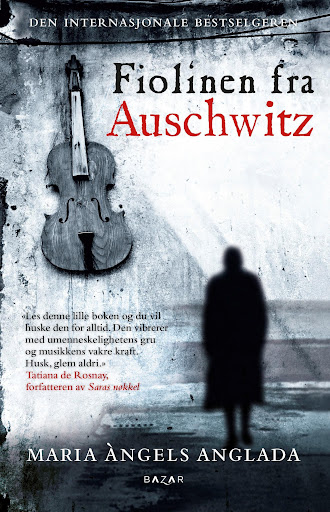 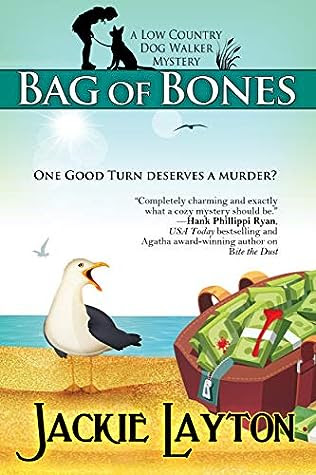 I came across The Summer Book Tag over at  A Little But A Lot and I decided to play along as it looked like a fun book tag to do. WHAT BOOK COVER MAKES YOU THINK OF SUMMER? Bag of Bones by Jackie Layton WHAT BOOK HAS BRIGHTENED YOUR DAY? The Little Bookshop of Love Stories by Jaimie Admans FIND A BOOK COVER WITH YELLOW ON IT. Half of a Yellow Sun by Chimamanda Ngozi Adichie WHAT IS YOUR FAVORITE SUMMER BEACH READ? From Venice With Love by Rosanna Ley WHAT ACTION BOOK HAD YOU RUNNING FOR THE ICE CREAM MAN? Region 6 by Ian James Krender (SUNBURN) WHAT BOOK HAS LEFT YOU WITH A BAD AND/OR PAINFUL ENDING? A Monster Calls by Patrick Ness (SUNSET) WHAT BOOK GAVE YOU THE HAPPIEST FEELINGS WHEN IT ENDED? The Particular Charm of Miss Jane Austen by Ada Bright and Cass Grafton WHAT BOOK COVER REMINDS YOU OF A SUNSET? King of Kings by Wilbur Smith with Imogen Robertson WHAT IS ONE BOOK OR SERIES YOU HOPE TO READ THIS SUMMER? As I'm in the middle of moving, I don't have much time for readi
Post a Comment
Read more 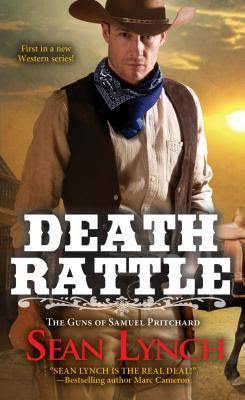 It's Wednesday and time for a new Top Five Wednesday post, courtesy of the Goodreads  group with the same name. The theme of the week was books outside my comfort zone and here's my picks. Death Rattle by Sean Lynch Cottonmouth by Sean Lynch Massacre at Crow Creek Crossing by Charles G. West The Little Bookshop of Love Stories by Jaimie Admans Wooing the Farmer by Jenny Frame
2 comments
Read more

Top Ten Tuesday; Books I Read In One Sitting

It's Tuesday, which means it's time for a new Top Ten Tuesday post, courtesy of That Artsy Reader Girl . The theme of the week was books I read in one sitting. Here's my picks; Of Mice and Men by John Steinbeck The Baby on the Back Porch by Lucia N. Davis Fullblood Arabian by Osama Alomar We Should All Be Feminists by Chimamanda Ngozi Adichie Pains and Penalties by Sarah Biglow Twenty Love Songs and a Song of Despair by Pablo Neruda Animal Farm by George Orwell Jamilia by Chingiz Aitmatov The Drum That Beats Within Us by Mike Bond Train Dreams by Denis Johnson
12 comments
Read more 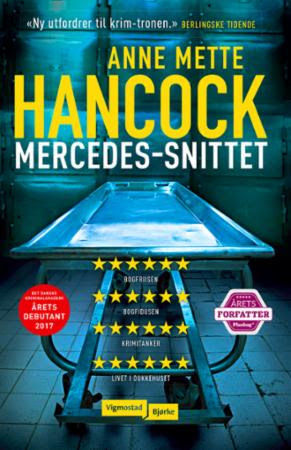 #SixForSunday; Characters I'd Go On Holiday With 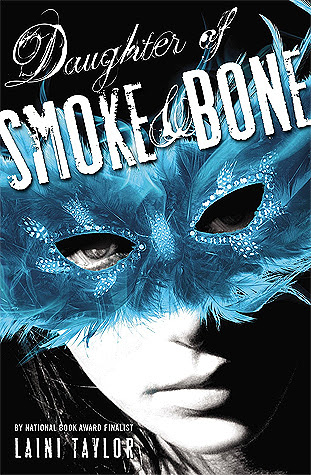 It's Sunday and perhaps time for a new Six For Sunday post, courtesy of A Little But A Lot . The theme of the week was characters I'd go on holiday with and I decided narrowing it down to characters from fantasy novels. Here's my picks. Karou from Daughter of Smoke and Bone by Laini Taylor Effie of Glen Coe from The Laird of Duncairn by Craig Comer Sam Quinn from The Slaughtered Lamb Bookstore & Bar by Seana Kelly Vasilia from The Bear and the Nightingale by Katherine Arden Seraphina from Seraphina by Rachel Hartman Belle from As Old As Time by Liz Brazwell
Post a Comment
Read more 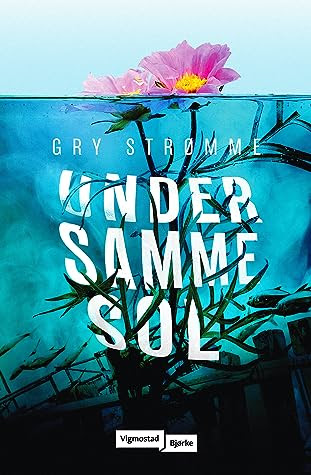 Let's Talk Bookish; What Are The Best Ways To Get Over Reading Slumps? 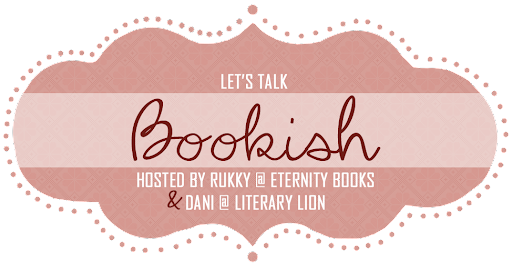 It's Friday and perhaps time for a new Let's Talk Bookish post, courtesy of  Eternity Books and Literary Lion . The theme of the week was " What are the best ways to get over reading slumps? ". I can't deny I've had a couple of reading slumps over the years, I even have one now partially due to the fact that I'm moving in a few weeks. What I usually do when I have a reading slump is to not stress about it and basically take a break from reading. Right now I need to take a break anyway, due to moving and putting everything in boxes, but that's another issue. In other circumstances, I tend to read something light/easy or a very thin book or two, so I feel that I've accomplished something. It could be a graphic novel or some comics, it could be a poetry collection. When treating reading slumps, I think it might be a bit daunting and/or unwise picking up a brick of a book with 950 pages. At least I know I would struggle getting though it. Another thi
2 comments
Read more 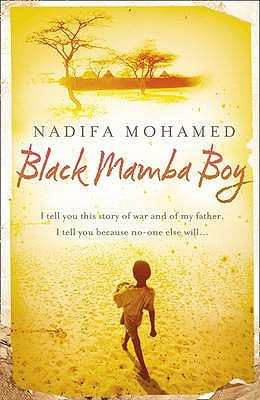 I came across The Book Cake Tag over at  The Book Dutchesses  and I decided to play along. Self-raising flour: a book that started slow then picked up Black Mamba Boy by Nadifa Mohamed Butter: a book with a really rich, intense plot An Unnecessary Woman by Rabih Alameddine Eggs: a book you had reservations about but actually really enjoyed The Blue Between Sky and Water by Susan Abulhawa Sugar: a sweet book Wooing the Farmer by Jenny Frame Icing: a book that included all the things you enjoy in a book A Pair of Silver Wings by James Holland Sprinkles: a book or series that you return to for a pick-me-up when you’re feeling down Dracula by Bram Stoker Cherry on top: your favourite book of the year So far this year, the best one I've read is Pride: A Pride and Prejudice Remix by Ibi Zoboi
Post a Comment
Read more 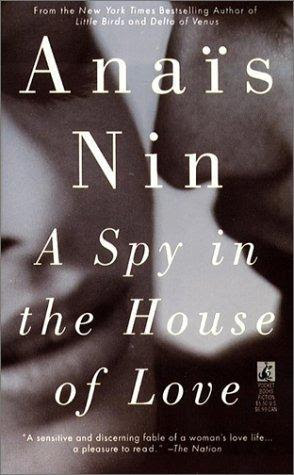 It's Wednesday and time for a new Top Five Wednesday post, courtesy of the Goodreads group  with the same name. The theme of the week was Bastille Day, so here's five of my favourite books written by French authors. A Spy in the House of Love by Anaïs Nin Time is a Killer by Michel Bussi Twenty Thousand Leagues Under the Sea by Jules Verne The Hunchback of Notre Dame by Victor Hugo Germinal by Émile Zola
Post a Comment
Read more 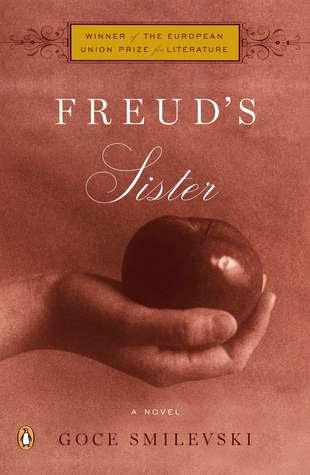 As I have a World Literature Project going on, I ended up reading Freud's Sister by Goce Smilevski, who is from Macedonia. Today I'll post my review. Description from Goodreads Vienna, 1938: With the Nazis closing in, Sigmund Freud is granted an exit visa and allowed to list the names of people to take with him. He lists his doctor and maids, his dog and his wife’s sister, but he doesn’t list any of his own sisters. The four Freud sisters are shuttled to the Terezín concentration camp, while their brother lives out his last days in London. Based on a true story, this searing novel gives haunting voice to Freud’s sister Adolfina—“the sweetest and best of my sisters”—a gifted, sensitive woman who was spurned by her mother and who never married. From her closeness with her brother in childhood, to her love for a fellow student, to her time with Gustav Klimt’s sister in a Vienna psychiatric hospital, to her dream of one day living in Venice and having a family, Freud’s Sister imagi
Post a Comment
Read more 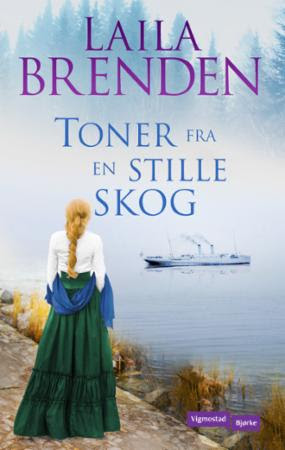