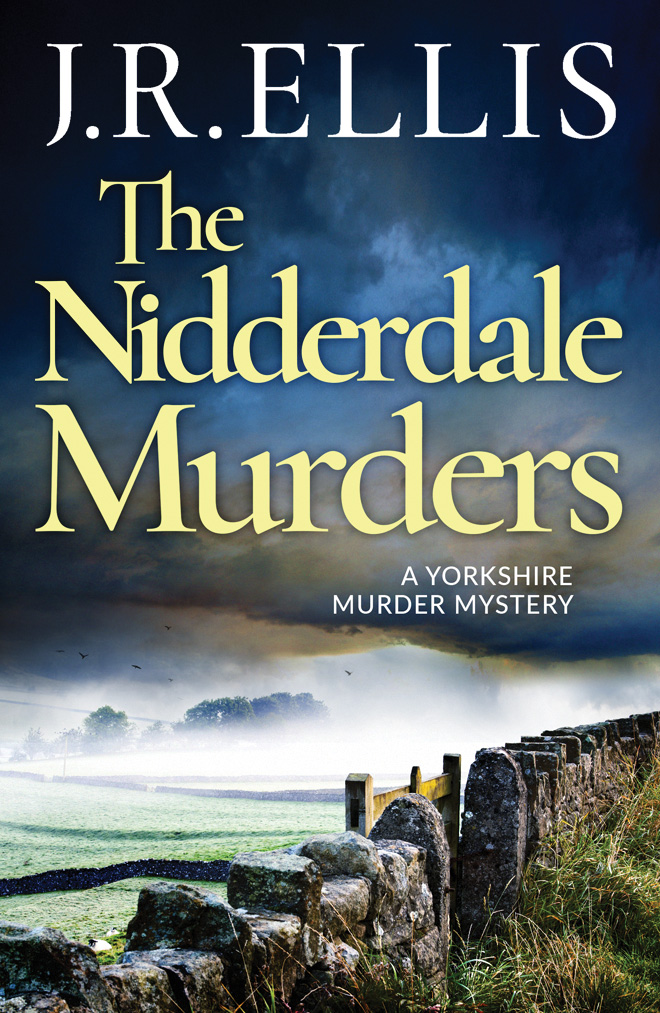 Last year I was fortunate enough to recieve an ARC of the crime novel The Nidderdale Murders (Yorkshire Murder Mysteries #5) by J.R. Ellis through Netgalley. I read it shortly afterwards and today I'll post my review.

Description from Goodreads
A retired judge is shot dead outside the Dog and Gun inn in the remote Yorkshire village of Niddersgill. There’s a witness who saw everything, and the gunman’s on the run; the case should be open-and-shut for DCI Jim Oldroyd. But the murderer had no motive for wanting Sandy Fraser dead and, what’s more, no trace of him can be found.

As Oldroyd and his team cast the net wider, they discover that Fraser wasn’t without enemies in Niddersgill. As the wealthy owner of a grouse moor, he’d clashed with farmers, debtors, hunt saboteurs and blackmailers. But none of them were at the scene of the murder. And when a local shopkeeper is gunned down in a second senseless attack, it’s clear that these killings are anything but random.

Surrounded by the dramatic beauty of the Yorkshire Dales, Oldroyd faces a race against time to connect the crimes and find who’s behind them. But with all the evidence sending him down dead ends, can he get one step ahead before someone else is killed?

My Thoughts on the Book
The Nidderdale Murders was a really great read. It's a bit of a classic "whodunnit" mystery combined with police procedural. The Yorkshire Dales with the mist made it a bit of an atmospheric read at times, which made it even better. The plot was engaging and had a nice pace to it and lots of local characters that gave it a bit of a flair. Of course I also really liked Oldroyd, Steph and the rest of the family and police.