Showing posts from May, 2018
Show All

(This post contains affiliate links) In the search for something light and fitting for the Foodies Read Challenge, I ended up reading  The Cosy Tea Shop In The Castle by Caroline Roberts. Today I'll post the review of the novel. Description from Goodreads When Ellie Hall lands her dream job running the little teashop in the beautiful but crumbling Claverham Castle, it’s the perfect escape from her humdrum job in the city. Life is definitely on the rise as Ellie replaces spreadsheets for scones, and continues her Nanna’s brilliant baking legacy. When Lord Henry, the stick-in-the-mud owner, threatens to burst her baking bubble with his old-fashioned ways, Ellie wonders if she might have bitten off more than she can chew. But cupcake by cupcake she wins the locals over, including teashop stalwart, Doris, and Ellie’s showstopping bakes look set to go down in castle history! Now all that’s missing in Ellie’s life is a slice of romance – can Joe, the brooding estate manager, be
Post a Comment
Read more

It's Wednesday, which means it's time for a new My Favourite... post thanks to  Maureen's Books  and the theme of the week was children's book. Well, I'm sure I could have written a top 20 list, but one of my favourite children's books are Ronia the Robber's Daughter by Astrid Lindgren. There is something about the main character (Ronia) that I really like.
6 comments
Read more

Book Blogger Hop; First Book I Read By Myself

It's Friday and perhaps time for a new Book Blogger Hop post, courtesy of  Ramblings of a Coffee Addicted Writer . The question of the week was "Do you remember the first book you read by yourself?". Book Blogger Hop I can't remember the exact first book I read by myself, but I do remember that I really enjoyed Rubber Tarzan by Ole Lund Kirkegaard around the time when I first learned to read by myself.
4 comments
Read more

It's Wednesday, which means it's time for another My Favourite... post thanks to  Maureen's Books  and the theme of the week was favourite recipe. I couldn't decide between two, so I'm going to link up to both of them and they are  Asian Sweet Chili Sesame Chicken  and  Portugese Orange Cake . Please don't be too intimidated by the list of ingredients for the Sesame Chicken, it is a really tasty dish (and simple to make).
2 comments
Read more

Book Tour and Review; The Last Prejudice by Bill Blodgett

Blurb When Ed Connor slips into a coma his wife, children and their families arrive at the hospital to await his recovery. They gather around his bedside and begin reminiscing about the good old days but as the hours pass stress begins to take its toll causing long held family secrets and unresolved issues to surface. A disagreement over a DNR order put Ed’s sons, Steve and Peter, at odds and the family speculates that their anger is really about an event that led to their falling out when they were teens. While in his coma, Ed exists somewhere between life and death and wonders what he could have done differently when Steve tried to tell him that he was gay. The family is drawn into the bitter battle between Peter and Steve, and they fear things will never be right between them again. It’s now up to the family to devise an intervention as a last ditch effort to bring these two battling brothers back into the family. My Thoughts on the Book Personally, I found the book heartwarm
4 comments
Read more

Day Reaper The Night Blood Series #4 by Melody Johnson Genre: Paranormal Romance On the brink of death, Cassidy DiRocco demands that New York City’s master of the supernatural, Dominic Lysander, transform her—reporter, Night Blood, sister, human—into the very creature she’s feared and fought against for months: a vampire. The pain is brutal, she could lose the career she’s worked so hard to achieve, and her world will never be the same. But surviving is worth any risk, especially when it means gaining the strength to fight against Jillian Allister, the sister who betrayed Dominic, attacked Cassidy, and is leading a vampire uprising that will destroy all of New York City . . . When she awakens, however, Cassidy realizes the cost of being transformed might be more than she was willing to sacrifice. But if Cassidy hopes to right the irrevocable wrongs that Jillian and her army of the Damned have wrought on New York City, she’ll need to not only accept her new sen
Post a Comment
Read more

Waking the Ancients Nemesis of the Gods #2 by Catherine Cavendish Genre: Horror Egypt, 1908 University student Lizzie Charters accompanies her mentor, Dr. Emeryk Quintillus, on the archeological dig to uncover Cleopatra’s tomb. Her presence is required for a ceremony conducted by the renowned professor to resurrect Cleopatra’s spirit—inside Lizzie’s body. Quintillus’s success is short-lived, as the Queen of the Nile dies soon after inhabiting her host, leaving Lizzie’s soul adrift . . . Vienna, 2018 Paula Bancroft’s husband just leased Villa Dürnstein, an estate once owned by Dr. Quintillus. Within the mansion are several paintings and numerous volumes dedicated to Cleopatra. But the archeologist’s interest in the Egyptian empress deviated from scholarly into supernatural, infusing the very foundations of his home with his dark fanaticism. And as inexplicable manifestations rattle Paula’s senses, threatening her very sanity, she uncovers the link between th
Post a Comment
Read more

May 19, 2018
Inspired by the post at  The Bibliophile Girl , I decided to join in on the Rapid Fire Book Tag. E-Book Or Physical Book? Physical book Paperback Or Hardback? Paperback, but if hardback is beautiful, it is a possibility Online Or In-Store Book Shopping? In-store book shopping without a doubt, but sometimes I have to do online as the selection of titles in English at bookstores sometimes varies. Trilogies Or Series? Trilogies Heroes Or Villains? Villains, as they often have a depth the heroes don't have A Book You Want Everyone To Read? This is About You - Amazing, Weird Beautiful You by Mary England Recommend An Underrated Author? Assaph Mehr, esp. Murder in Absentia The Last Book You Finished? Weirdest Thing You’ve Used As A Bookmark? A napkin I think, even though it's not that "weird" Used Books: Yes Or No? Yes, if they are in a decent condition Top Three Favourite Genres? Fantasy, crime/mystery and sci-fi Borrow Or Buy? Buy, as I
Post a Comment
Read more

Book Blitz; Going Down in Flames by Chris Cannon

Book Blitz; For the Ages by Safari Spell

It's Wednesday again, which means it's time for a new My Favourite... post thanks to  Maureen's Books  and the theme of the week was favourite art. It's hard to pick in terms of art, as I love so much of it in quite different styles, but I can't deny that I really love yarn bombing and street art in general. Here are some examples of what I like. “You yourself, as much as anybody in the entire universe, deserve your love and affection” ... #ballinonabudget #banksy #streetart #ballinonabudgetcollective #loveistheanswer Et innlegg delt av Ballin' On A Budget (@ballinonabudgetaus) torsdag 16. Nov.. 2017 PST #tree #yarnbombing #knitgraffiti #caldasdarainha #silvercoast #portugal #simplelife #igers #wanderlust #neverstopexploring #solucky #november #domcarlospark Et innlegg delt av Kay Embriaco (@kay_emb) mandag 13. Nov.. 2017 PST Inspiraçao do dia 'Pimp my Ride'... A arte sem limites... 😻😻😻😻😻😻😻😻
Post a Comment
Read more

Book Tour Grand Finale; Falling for You by Becky Wade 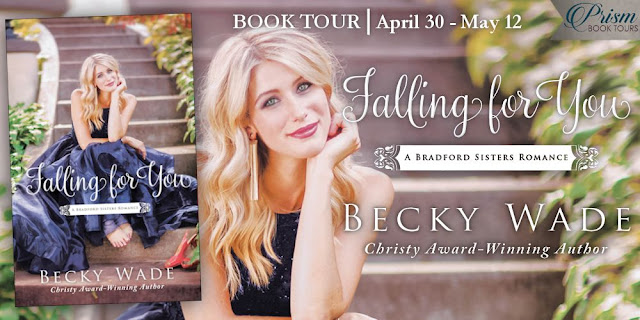 On Tour with  Prism Book Tours Book Tour Grand Finale for Falling for You By Becky Wade We hope you enjoyed the tour! If you missed the Facebook Chat, go check it out here . If you missed any of the stops  you can see snippets, as well as the link to each full post, below: Launch - Note from the Author ... Falling for You stars both Corbin and the oldest Bradford sister, Willow. The two had a romantic relationship long ago, so when I thrust them into each other’s path again (kicking and screaming, I might add) fireworks ensued, which was so much fun to write. I enjoyed their banter. Willow’s strength. Corbin’s charm. And the chance to explore the novel's theme of reconciliation. I hope Falling for You steals your heart! Warmly, Becky Amy Watson Author - Excerpt & Review Text message from Corbin to Willow fifteen days before their breakup: Corbin I miss you. It feels like forever since you left. Willow I just left Dallas yesterday. Cor
Post a Comment
Read more

Top Ten Tuesday; Books I Disliked/Hated, but Am Really Glad I Read

It's Tuesday again, which means it's time for another Top Ten Tuesday post, courtesy of  That Artsy Reader Girl . The topic of the week was books I disliked/hated, but am really glad I read. In my case, there is a few books/texts from the literature courses I took at university, just so you're warned. My list includes; American Ideals by Theodore Roosevelt Bradford's History of Plymouth Plantation, 1606-1646 by William Bradford The Strenuous Life by Theodore Roosevelt Dead Souls by Nikolai Gogol Pride and Prejudice and Zombies by Jane Austen and Seth Grahame-Smith On Suicide by David Hume New Poems Book Four by Charles Bukowski Selected Poems, 1908-1959 by Ezra Pound Wytches Volume 1 by Scott Snyder Please Look After Mom by Kyung-Sook Shin
Post a Comment
Read more 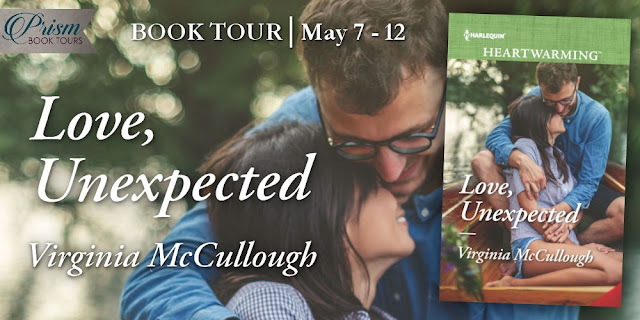 On Tour with  Prism Book Tours Book Tour Grand Finale for Love, Unexpected By  Virginia McCullough We hope you enjoyed the tour! If you missed any of the stops you can see snippets, as well as the link to each full post, below: Launch - Note from the Author Dear Reader, Welcome to this book tour for LOVE, UNEXPECTED. I hope you’re happy to be back for the third visit to Two Moon Bay, Wisconsin. Book 3 of my Two Moon Bay series finds us on the waterfront again. Back when I wrote GIRL IN THE SPOTLIGHT, I knew Andi Sterling, Miles Jenkins’ former wife and Brooke’s mom, needed her own story. She told me so many times. You may remember Zeke Donovan and his dad, Art. They own Donovan Marine Supply and they made a couple of appearances in Book 2, SOMETHING TO TREASURE. They’re now front and center is this story, and Zeke gets a chance to expand his world—and his heart... Heidi Reads... - Drifting Dreams Like Andi says in LOVE, UNEXPECTED, someone (they don’t ye
Post a Comment
Read more
More posts