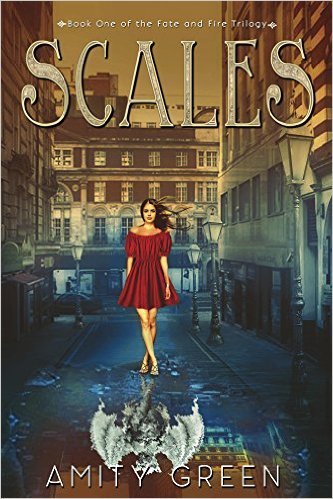 Scales by Amity Green
Description from Goodreads
Tessa Conley isn’t ready to go back home to Austin when her summer course in London comes to an end. She gets her wish as she steps into a new world of urban fantasy and mystery when she is transformed into a living gargoyle, complete with wings and a tail. Mostly human by day and gargoyle by night, Tessa is not alone in her new world with other gargoyles in the bookstore she now calls home. Bree, her best friend from Austin, is kidnapped and held in the UK. Tessa uncovers the mystery of her birthright, and learns what kind of monster she’s become in order to save her friend... if she can survive the horror her new life holds in store. 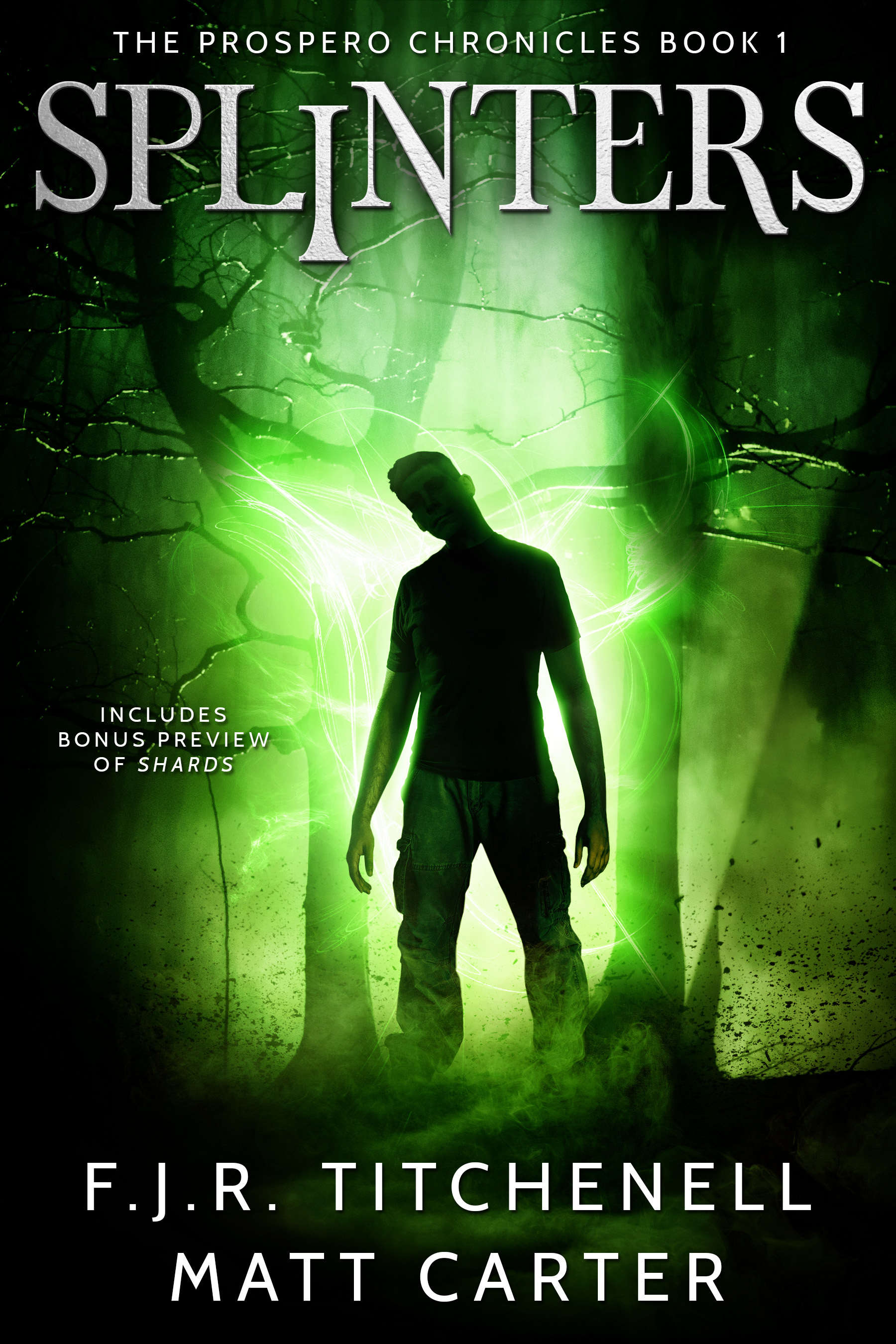 Splinters by F. J. R. Titchenell and Matt Carter
Description from Goodreads
Under normal circumstances, Ben and Mina would never have had reason to speak to each other. He’s an easy-going people person with a healthy skepticism about the paranormal; she’s a dangerously obsessive monster-hunter with a crippling fear of betrayal. But the small Northern California town of Prospero, with its rich history of cryptid sightings, miracles, and mysterious disappearances, has no normal circumstances to offer.
When Ben’s missing childhood friend, Haley Perkins, stumbles out of Prospero’s surrounding woods and right into her own funeral, Ben and Mina are forced to work together to uncover what happened to her. Different as they are, their unlikely friendship may be the only thing that can save the town, and possibly the world, from its insidious invaders. 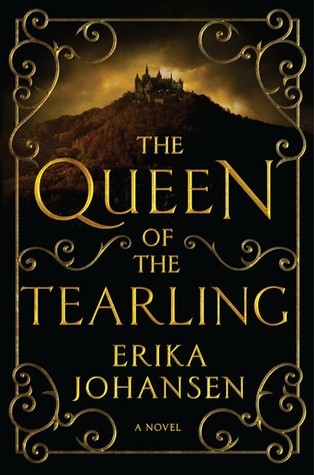 The Queen of the Tearling by Erika Johansen
Description from Goodreads
An untested young princess must claim her throne, learn to become a queen, and combat a malevolent sorceress in an epic battle between light and darkness in this spectacular debut—the first novel in a trilogy.
Young Kelsea Raleigh was raised in hiding after the death of her mother, Queen Elyssa, far from the intrigues of the royal Keep and in the care of two devoted servants who pledged their lives to protect her. Growing up in a cottage deep in the woods, Kelsea knows little of her kingdom's haunted past . . . or that its fate will soon rest in her hands.
Long ago, Kelsea's forefathers sailed away from a decaying world to establish a new land free of modern technology. Three hundred years later, this feudal society has divided into three fearful nations who pay duties to a fourth: the powerful Mortmesne, ruled by the cunning Red Queen. Now, on Kelsea's nineteenth birthday, the tattered remnants of the Queen's Guard—loyal soldiers who protect the throne—have appeared to escort the princess on a perilous journey to the capital to ascend to her rightful place as the new Queen of the Tearling.
Though born of royal blood and in possession of the Tear sapphire, a jewel of immense power and magic, Kelsea has never felt more uncertain of her ability to rule. But the shocking evil she discovers in the heart of her realm will precipitate an act of immense daring, throwing the entire kingdom into turmoil—and unleashing the Red Queen's vengeance. A cabal of enemies with an array of deadly weapons, from crimson-caped assassins to the darkest blood magic, plots to destroy her. But Kelsea is growing in strength and stealth, her steely resolve earning her loyal allies, including the Queen's Guard, led by the enigmatic Lazarus, and the intriguing outlaw known simply as "the Fetch."
Kelsea's quest to save her kingdom and meet her destiny has only just begun. Riddled with mysteries, betrayals, and treacherous battles, Kelsea's journey is a trial by fire that will either forge a legend . . . or destroy her. 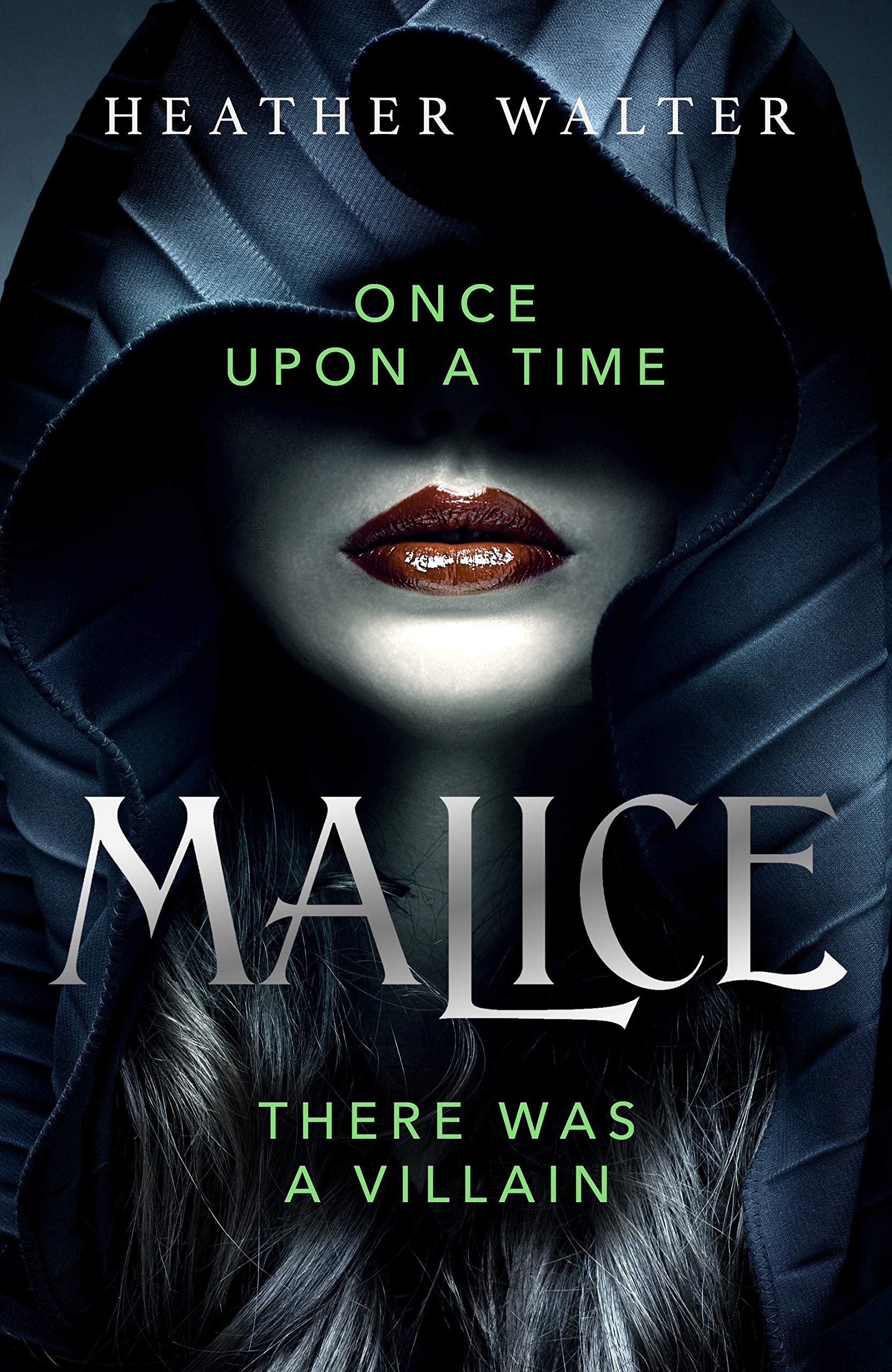 Malice by Heather Walter
Description from Goodreads
Once upon a time, there was a wicked fairy who cursed a line of princesses to die, and could only be broken by true love's kiss. You've heard this before, haven't you? The handsome prince. The happily-ever-after.
Utter nonsense.
Let me tell you, no one actually cares about what happens to our princesses. I thought I didn't care, either. Until I met her.
Princess Aurora. The last heir to the throne. The future queen her realm needs. One who isn't bothered that I am the Dark Grace, abhorred and feared for the mysterious dark magic that runs in my veins. Aurora says I should be proud of my gifts. That she . . . cares for me. Even though it was a power like mine that was responsible for her curse.
But with less than a year until that curse will kill her, any future I might see with Aurora is swiftly disintegrating - and she can't stand to kiss yet another insipid prince. I want to help her. If my power began her curse, perhaps it's what can lift it. Perhaps, together, we could forge a new world.
Nonsense again. Because we all know how this story ends, don't we? Aurora is the beautiful princess. And I-
I am the villain. 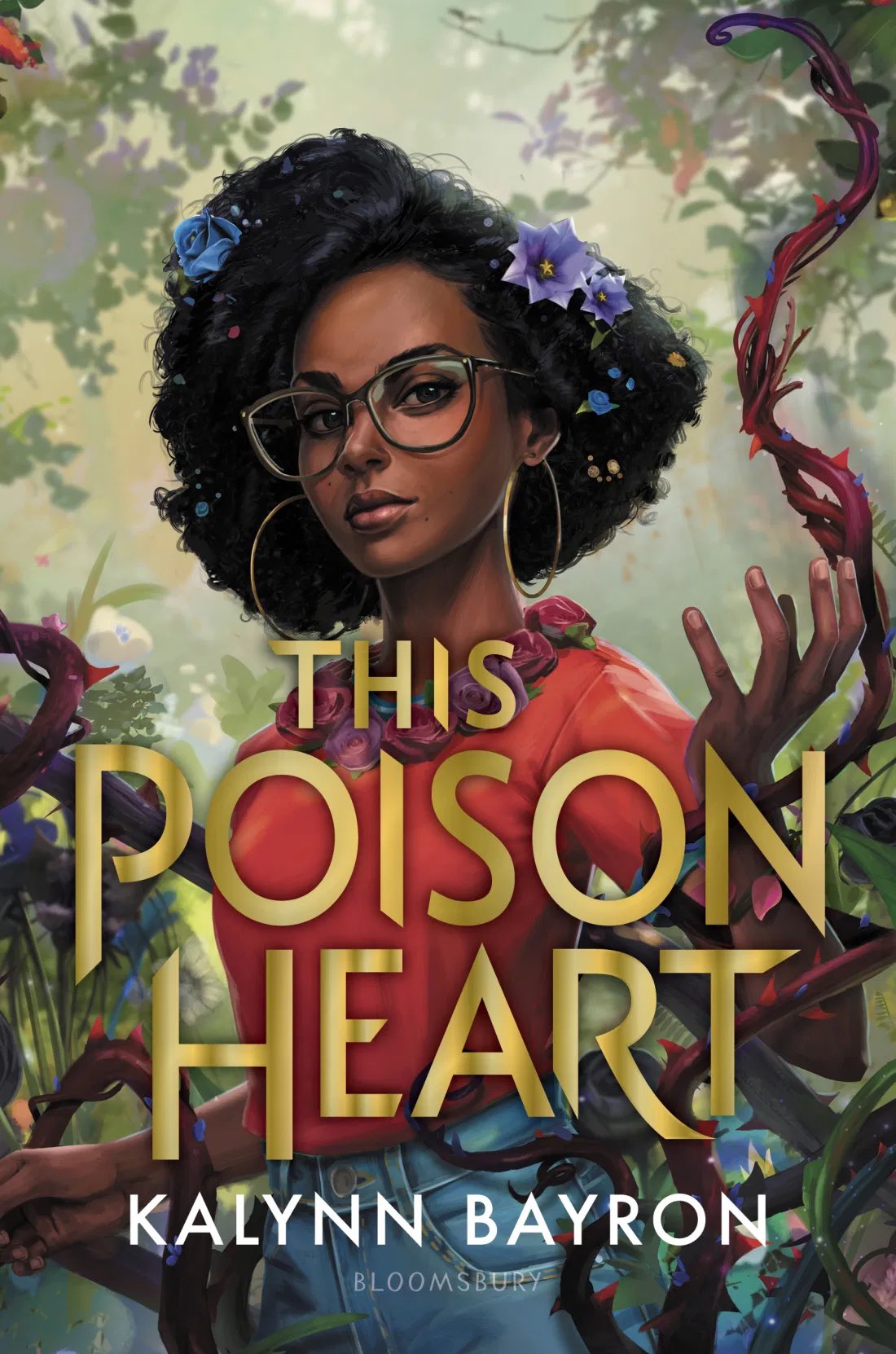 This Poison Heart by Kalynn Bayron
Description from Goodreads
Darkness blooms in bestselling author Kalynn Bayron's new contemporary fantasy about a girl with a unique and deadly power.
Briseis has a gift: she can grow plants from tiny seeds to rich blooms with a single touch.
When Briseis's aunt dies and wills her a dilapidated estate in rural New York, Bri and her parents decide to leave Brooklyn behind for the summer. Hopefully there, surrounded by plants and flowers, Bri will finally learn to control her gift. But their new home is sinister in ways they could never have imagined--it comes with a specific set of instructions, an old-school apothecary, and a walled garden filled with the deadliest botanicals in the world that can only be entered by those who share Bri's unique family lineage.
When strangers begin to arrive on their doorstep, asking for tinctures and elixirs, Bri learns she has a surprising talent for creating them. One of the visitors is Marie, a mysterious young woman who Bri befriends, only to find that Marie is keeping dark secrets about the history of the estate and its surrounding community. There is more to Bri's sudden inheritance than she could have imagined, and she is determined to uncover it . . . until a nefarious group comes after her in search of a rare and dangerous immortality elixir. Up against a centuries-old curse and the deadliest plant on earth, Bri must harness her gift to protect herself and her family.
From the bestselling author of Cinderella Is Dead comes another inspiring and deeply compelling story about a young woman with the power to conquer the dark forces descending around her.
top five wednesday