Review; Last Stop Auschwitz: My story of survival from within the camp by Eddy de Wind

July 23, 2022
A few months ago I read the non-fiction book Last Stop Auschwitz: My story of survival from within the camp by Eddy de Wind and today I'll post my review. 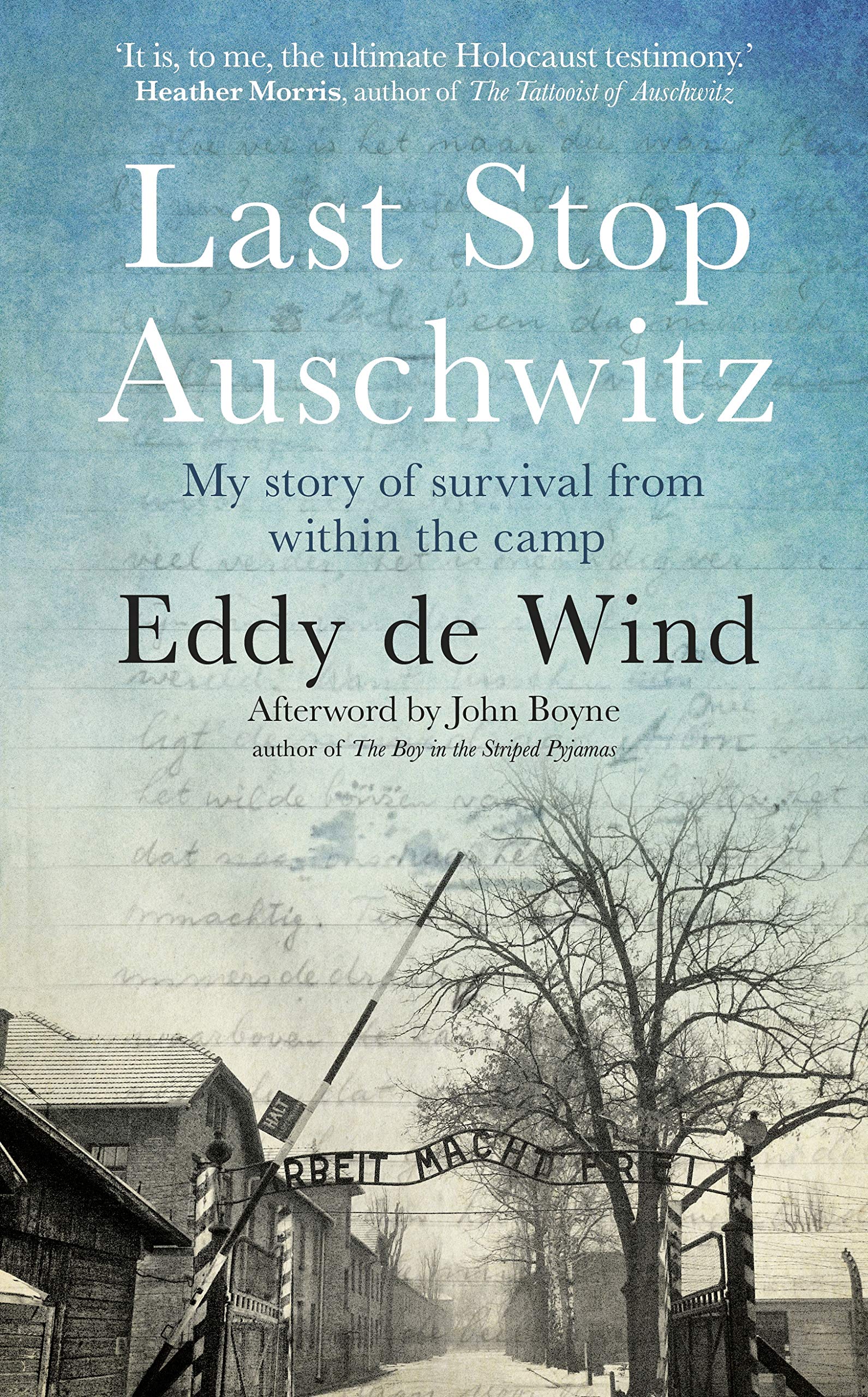 Description from Goodreads
Eddy de Wind, a Dutch doctor and psychiatrist, was shipped to Auschwitz with his wife Friedel, whom he had met and married at the Westerbork labour camp in the Netherl
ands. At Auschwitz, they made it through the brutal selection process and were put to work. Each day, each hour became a battle for survival.

For Eddy, this meant negotiating with the volatile guards in the medical barracks. For Friedel, it meant avoiding the Nazis’ barbaric medical experiments. As the end of the war approached and the Russian Army drew closer, the last Nazis fled, taking many prisoners with them, including Friedel. Eddy hid under a pile of old clothes and stayed behind. Finding a notebook and pencil, he began to write with furious energy about his experiences.

Last Stop Auschwitz is an extraordinary account of life as a prisoner, a near real-time record of the daily struggle to survive but also of the flickering moments of joy Eddy and Friedel found in each other - passing notes through the fence, sometimes stealing a brief embrace. Documenting the best and the worst of humanity, it is a unique and timeless story that reminds us of what we as humans are capable of, but that there is hope, even in Hell. Thought to be the only complete book written within Auschwitz itself, it will linger with you long after the final page has been turned.
My Thoughts on the Book
Last Stop Auschwitz is one of those book that has to be read, regardless of how unpleasant it is, as it's a story that needs to be remembered. It gives a more proper insight on how life actually was inside Auschwitz, rather than the romantic fictional works, such as The Tattooist of Auschwitz and similar. One simply can't sugarcoat the experience of being in a death camp like Auschwitz and romanticizing it (which I feel a lot of historical fiction does), is on the borderline of being disrespectful of all those that was murdered on an industrial scale. That is why these stories are so important - they tell a more autentic story of how it was like.
faglitteratur historie omtale