Review; A Witch Hunt in Whitby by Helen Cox 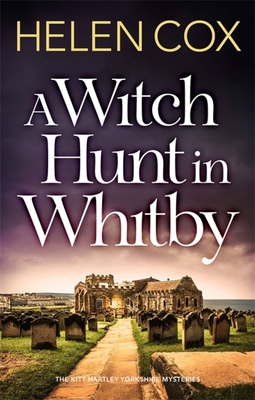 Earlier this year, I read the crime novel A Witch Hunt in Whitby by Helen Cox and today I'll post my review.
Description from Goodreads
THE LATEST KITT HARTLEY MYSTERY, SET IN THE HEART OF YORKSHIRE

A serial killer is loose in Yorkshire, and has claimed three victims in three months. Thirteen days before each murder, a large purple V is painted on the front door of the victim's house. The victims, all of whom have some association with the occult, are found drained of blood with two red marks on their neck.

When RUBY BARNETT comes home one evening to find a large purple V on her front door, it becomes clear she is the so-called Vampire Killer's next victim. Private Investigators KITT HARTLEY and GRACE EDWARDS have just thirteen days to solve the mystery and save Ruby's life. The clock is ticking . . .
My Thoughts on the Book
It was fun returning to Yorkshire with Kitt and the group. The plot and the story was engaging, especially with the occult and vampire themes. I also love the well fleshed out characters and the dynamics between them. An added bonus was that this book was centered around Whitby, although I was almost a bit bummed there wasn't a scene situated in the abbey ruins, but that's just the Dracula geek in me talking, so it's not an issue really.
krim omtale roman