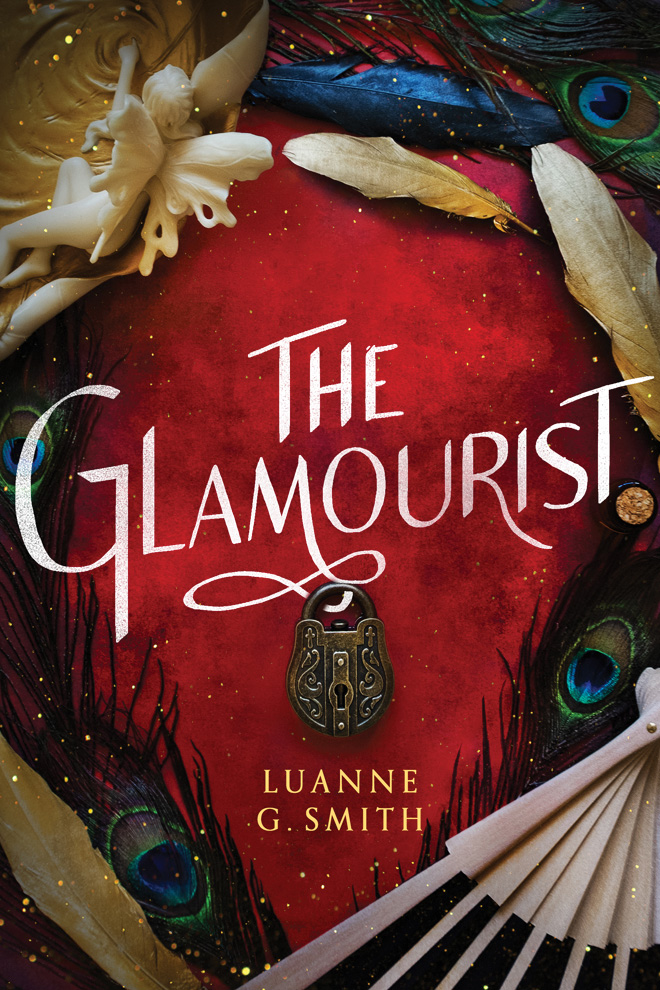 As I've read The Vine Witch earlier, I was excited when I recieved an ARC of The Glamourist by Luanne G. Smith through Netgalley. I've now read it and today I'll post my review.

Description from Goodreads
A spellbinding novel of bloodlines, self-discovery, and redemption by the author of the Washington Post bestseller The Vine Witch.

Abandoned as a child in turn-of-the-century Paris, Yvette Lenoir has longed to uncover the secrets of her magical heritage and tap her suppressed powers. But what brave and resourceful Yvette has done to survive the streets has made her a fugitive. With a price on her head, she clings to a memento from her past—what she believes to be a grimoire inherited from the mother she never knew. To unlock the secrets of her past, Yvette trusts in one woman to help solve the arcane riddles among its charmed pages.

Elena Boureanu is the vine witch of Château Renard, noted for its renowned wines. Even as she struggles with her own bloodline—and its poisonous threat to her future—Elena can’t ignore a friend on the run. Joined by a cunning thief, the proprietor of an enchanted-curio shop, and a bewitching black cat, Elena and Yvette are determined to decode Yvette’s mysterious keepsake. But what restless magic will be unleashed? And what are Yvette and Elena willing to risk to become the witches they were destined to be?

My Thoughts on the Book
It was so much fun going back to this world, as I've read the first book in this series, The Vine Witch. I love the writing style and the various characters, not to forget Mr. Whiskers. The characters, even the side-characters, where fleshed out. This book focused a bit more on Yvette, while the first one focused on Elena. Maybe book three will focus on Sidra? Anyway, it was an engaging plot with a good pace. Not too fast and not too slow.

Anyway, it's a really fun read and I would highly recommend it.