Review; Incidents in the Life of a Slave Girl by Harriet Jacobs 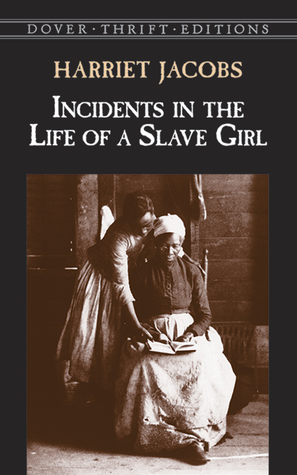 With POC Reading Challenge in mind, I ended up reading Incidents in the Life of a Slave Girl by Harriet Jacobs during Dewey's Readathon in October and here comes the review.

Description from Goodreads
The true story of an individual's struggle for self-identity, self-preservation, and freedom, Incidents in the Life of a Slave Girlremains among the few extant slave narratives written by a woman. This autobiographical account chronicles the remarkable odyssey of Harriet Jacobs (1813–1897) whose dauntless spirit and faith carried her from a life of servitude and degradation in North Carolina to liberty and reunion with her children in the North.

Written and published in 1861 after Jacobs' harrowing escape from a vile and predatory master, the memoir delivers a powerful and unflinching portrayal of the abuses and hypocrisy of the master-slave relationship. Jacobs writes frankly of the horrors she suffered as a slave, her eventual escape after several unsuccessful attempts, and her seven years in self-imposed exile, hiding in a coffin-like "garret" attached to her grandmother's porch.

A rare firsthand account of a courageous woman's determination and endurance, this inspirational story also represents a valuable historical record of the continuing battle for freedom and the preservation of family.

My Thoughts On the Book
The memoir was heartbreaking at times if one considers how unfairly the slaves were treated. Got to give the author a bit of credit for her personality though, as I doubt a lot of people could endure a fraction of what she went through.
biografi engelsk historie omtale poc reading challenge