November 08, 2021
As it was a while ago since I wrote the last Mailbox Monday post, I figured out it was perhaps time for me to write a new one. It's a weekly feature, hosted by the blog with the same name as the feature.
Anyway, I haven't recieved that many books in the mail recently, but I did recieve a package from Death's Head Press, which for the most part included splatter westerns.
Here's the list. 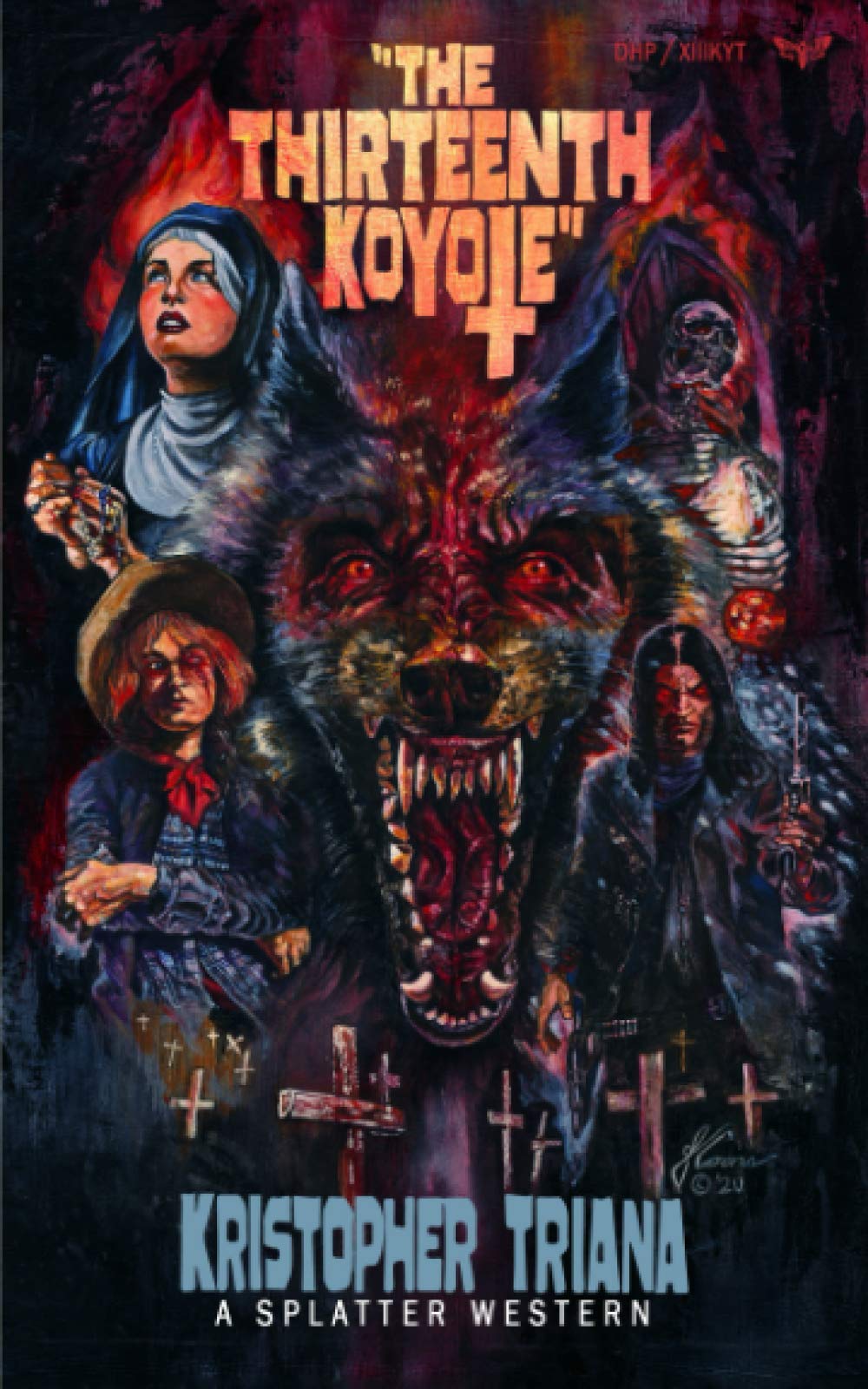 The Thirteenth Koyote by Kristopher Triana
Description from Goodreads
An evil has returned to the town of Hope’s Hill.
When a grave robber unearths the corpse of Jasper Thurston, a piece of the body is stolen, one that will call the Koyotes from across the plains. They are a vicious company of outlaws, part madmen and part wolves. Their leader is Glenn the Dreadful, and he’s out to gather the power of the Menhir, a particle from an ancient evil.
The fate of Hope’s Hill—and perhaps the world—rests in the hands of unlikely heroes. A rugged U.S. Marshall, a teenage girl out for revenge, an emancipated slave, a nun with a dark secret, and a mysterious half-breed with the number thirteen tattooed on his neck.
The Thirteenth KoyoteGone to See the River Man and Full Brutal. Filled with gunfights as well as ghouls, it is a horror epic as big as the open range. 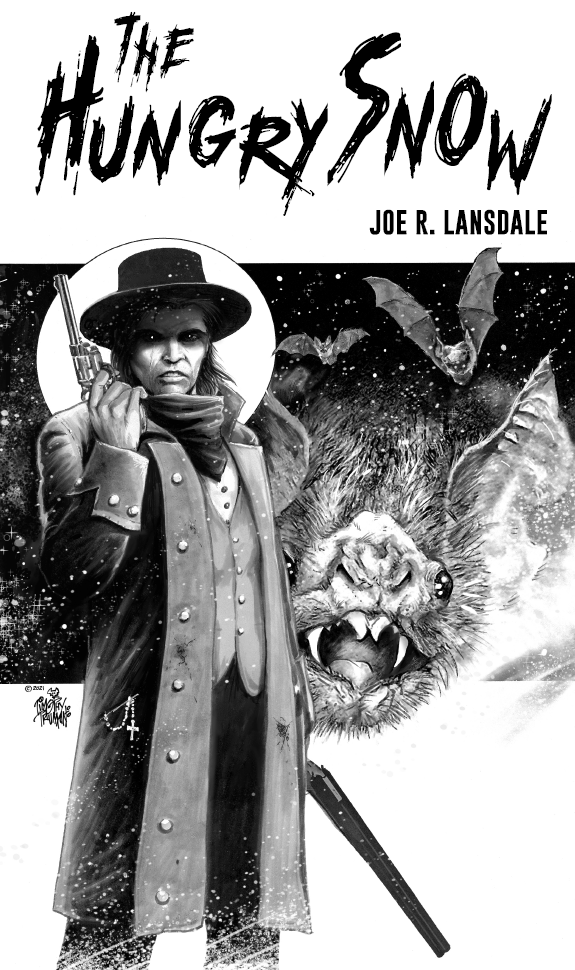 The Hungry Snow by Joe R. Lansdale
Description from Goodreads
Mercer is back, and this time, faces an evil as old as the hills.
Limited number of stitch sewn bound chapbooks of an unpublished story from legend Joe R. Lansdale featuring the Reverend Jedidiah Mercer. 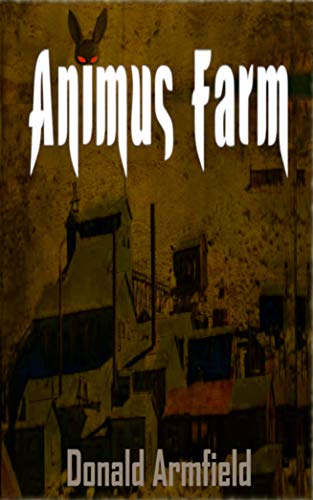 Animus Farm by Donald Armfield
Description from Goodreads
Animus Farm is mental brain floss over a dream argument, trying to distinguish between reality and illusion. One man's struggle for survival becomes the itch, pain and confusion. Bizarre happenings, animal transformations, weird surgeons; a psychological horror that peels back the skin and explores deeper under the flesh, where something is growing."A Cronenbergian horror story that will leave your flesh chillblained, your gut lurching, and your mind reeling!"--Chris Kelso, author of THE DREGS TRILOGY 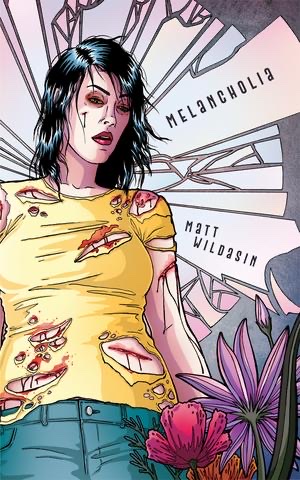 Melancholia by Matt Wildasin
Description from Goodreads
From within the confines of the family shed, Sarah makes a decision that cannot be undone. Afterward, she awakens in a perilous world overrun with horrific monstrosities and grueling tribulations. Sarah must discover the reason why she was brought here and find a way home before she succumbs to her inner demons. 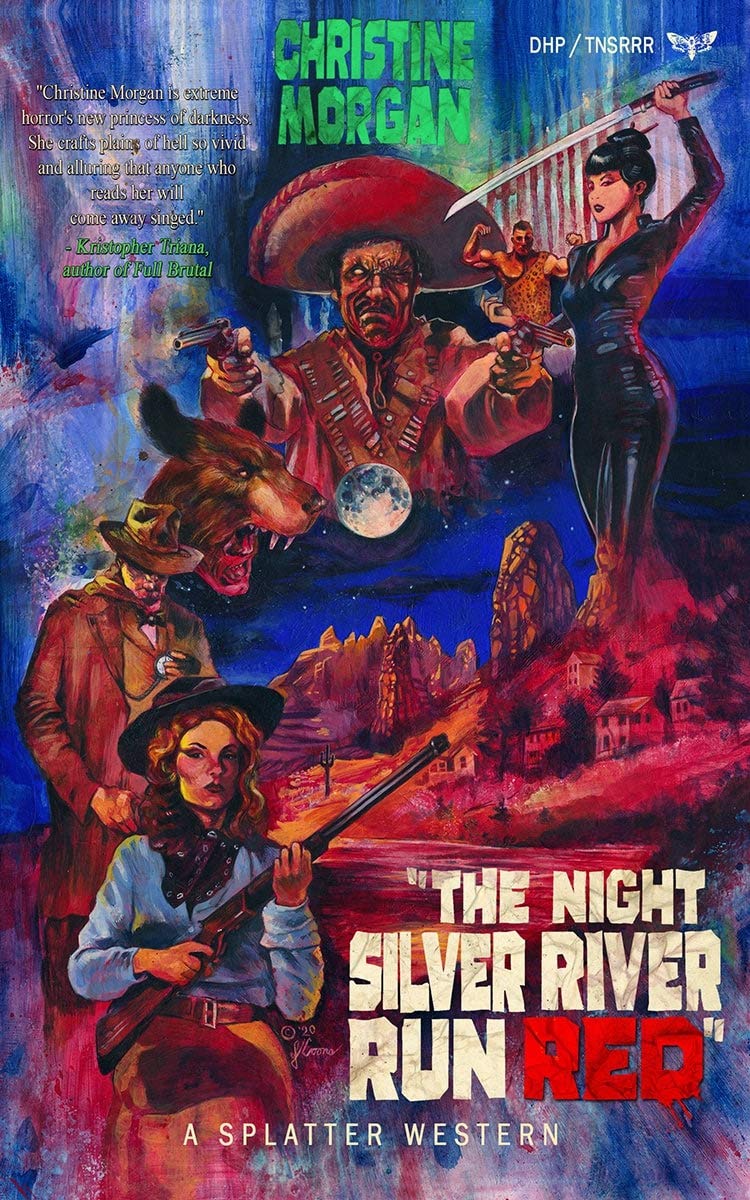 The Night Silver River Run Red by Christine Morgan
Description from Goodreads
Some things, according to Cody McCall, are worth risking a whipping. Such as, sneaking out with your friends after dark for a peek at the traveling show setting up just outside of town. Oddities, the signs promise. Marvels. Grotesqueries. Exotic attractions and mysterious magics.
Not as if they'd be allowed to attend otherwise, not with parents and preacher and schoolmarm all disapproving. But how often does a chance like this come along? There isn't much else by way of excitement in quiet, peaceful Silver River, a once-prosperous boom town slowly gone bust.
Worth risking a whipping, sure. Worth risking life and limb, and maybe more? Worth risking being ripped to pieces by ravenous, inhuman brutes? Worth crossing paths with those strange, silent cult-folk from the high valley? Worth all the fire and bloodshed and horror and death?
Because something far worse than any ordinary traveling show has come to town, and one thing is for certain: those who survive, if any, will never forget The Night Silver River Run Red. 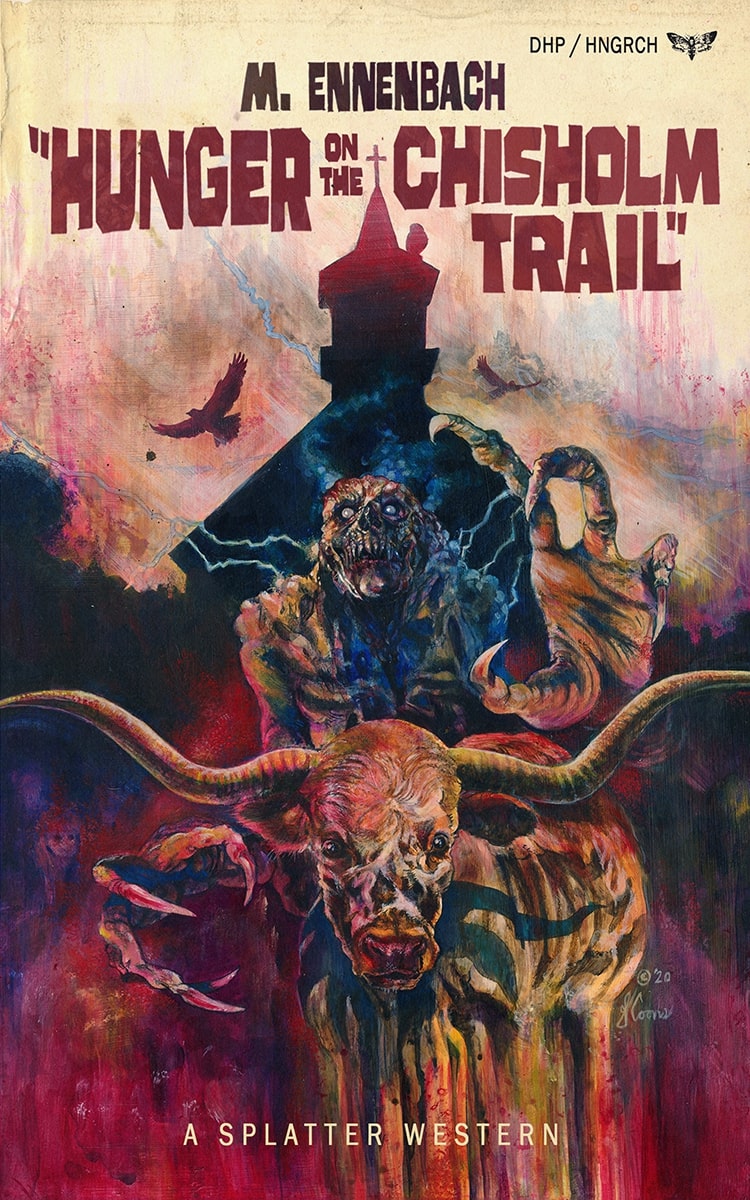 Hunger on the Chrisholm Trail by M. Ennenbach
Description from Goodreads
The first cattle drive of the season leaves Texas for Abilene, Kansas along the Chisholm Trail, but unforeseen terrors lay hidden in the natural beauty of the land. In the heart of Indian Territory lies the sleepy town of Duncan, a friendly respite from the dusty land. But something lurks in the untamed West - a powerful creature that hunts to satiate its horrifying hunger. The land will run red with blood, and only Karl Beck has a chance against this ancient evil. 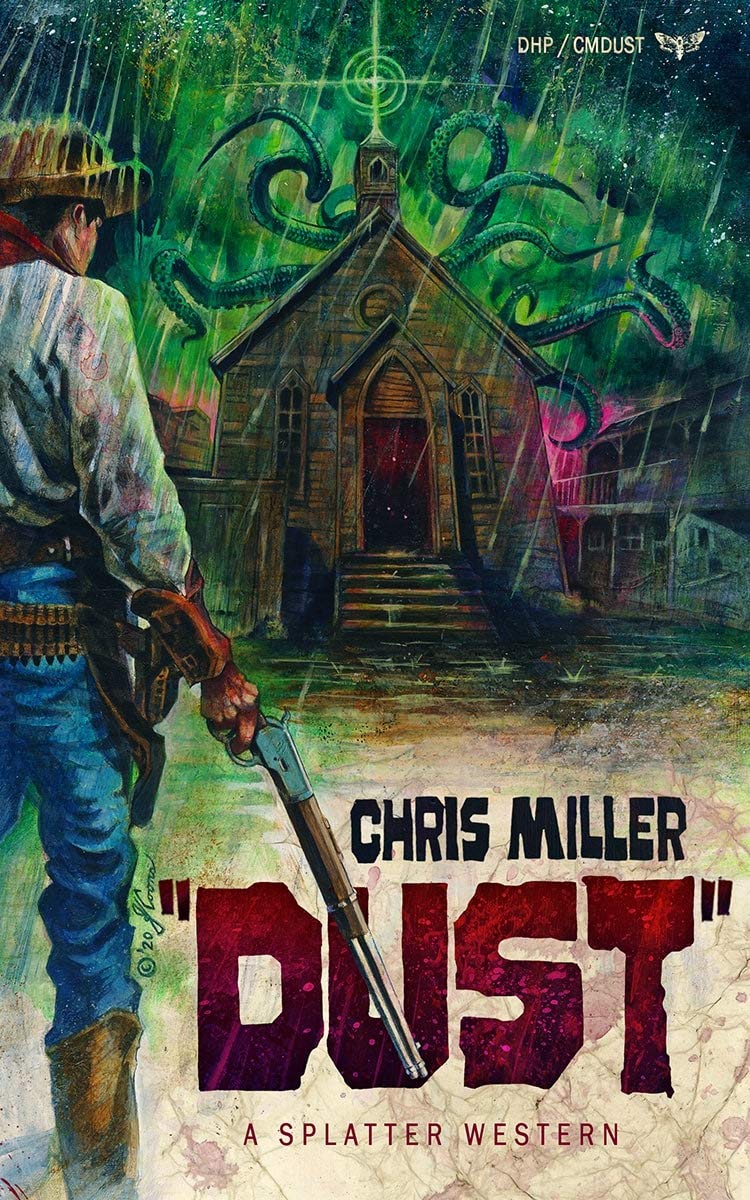 Dust by Chris Miller
Description from Goodreads
1879: An unknown and timeless evil descends on East Texas. John Dee, bestowed with knowledge from beyond, moves through time and space, pursuing age-old horrors and ending their reign. As he seeks the hidden town of Dust to continue his lifework, another is hot on his heels, and will stop at nothing to rip the divine knowledge from Dee.
As these opposing forces collide, Dee becomes both hero and villain in his quest against the Elders. He doesn't have time to be sorry - THERE ARE GODS TO KILL.
mailbox monday