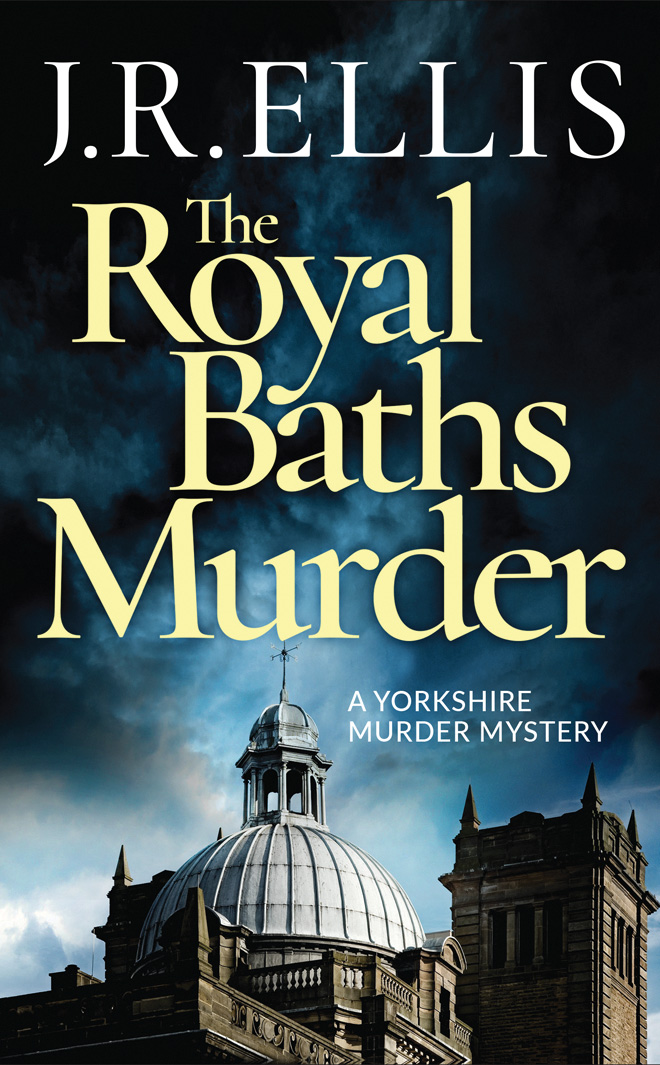 Last year I was fortunate enough to recieve an ARC of the mystery novel The Royal Baths Murder (Yorkshire Murder Mysteries #4) by J.R. Ellis through Netgalley. I read it shortly afterwards and today I'll post my review.

A famous writer is found murdered at the Victorian baths in the Yorkshire town of Harrogate. In a crime worthy of one of his novels, Damian Penrose, who was appearing at the town’s crime writing festival, has been ruthlessly strangled. But with no trace of the murderer and no apparent means of escape, how did the killer simply vanish from the scene of the crime?

There’s only one mind capable of unlocking this mystery: DCI Jim Oldroyd. But as he and his team quickly discover, while Penrose was popular with the reading public, he had made plenty of enemies. Feuds over money, accusations of plagiarism, a string of affairs…His route to the top left a trail of embittered rivals—and suspects. But which of them was willing to commit murder?

When Penrose’s shocking death proves to be just the first of many, it becomes clear to Oldroyd that he is dealing with a calculating criminal hell-bent on revenge. He must find and bring them to justice. Before the truth becomes more chilling than fiction…

My Thoughts on the Book
As I have a weak spot for the UK, especially anything related to Yorkshire, I couldn't resist this one. The Yorkshire setting is described very well, the characters are fleshed out and the plot and storyline has some twists and turns to keep you on your toes. There's also a bit of humour at times, which made it more enjoyable and the book reminds me a bit of the more classic murder mysteries. The book also raises awareness on sexual harassment in the workplace, especially within the police force, which I thought was well done.
krim leseeksemplar netgalley omtale roman