Review; The Woman on the Cliff by Janice Frost 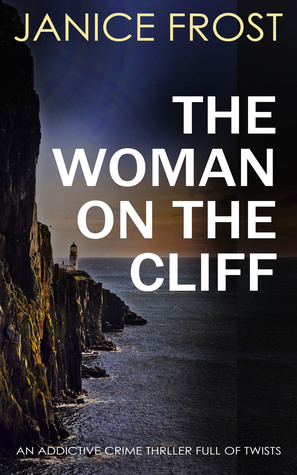 Last year I recieved an ARC of the crime novel The Woman on the Cliff by Janice Frost through Netgalley. I read it shortly afterwards, but I didn't published my review until now as I wanted to focus on crime/mystery novels this month.

Description from Goodreads
1988. The body of Moira Mackie, a St Andrews University student, is found on a clifftop path. Her ex-boyfriend is found days later, hanged in his uncle’s garage with a suicide note confessing that he killed her. The case is abruptly closed.

Thirty years later, Ros Maitland has seemingly moved on from the horrific murder of her housemate Moira. Then her daughter takes up a place at the same university, and old demons reawaken.

Was Moira murdered in a lover’s quarrel? Or was her death part of something far larger, uglier and more calculated?

WHAT REALLY HAPPENED THAT TERRIBLE NIGHT?

Policeman, Innes Nevin, investigated Moira’s death and has been haunted by it ever since. It was his first murder case, and he knew it had been closed too soon.

Innes and Ros must delve back into the painful past to finally bring the truth to light.

THEN COMES A BRUTAL TURN OF EVENTS. SOMEONE WANTS THEIR INVESTIGATION STOPPED AT ALL COSTS.

In an electrifying standoff, Ros must risk everything she cares about.

CAN SHE FIND THE TRUTH ABOUT THE DEATH AND ESCAPE WITH HER LIFE?

My Thoughts on the Book
The Woman on the Cliff was a well written crime/mystery novel, abeit with a slightly unrealistic ending. What I did like, apart from the twists and turns, was the character development and the relationship between Ros and Innes.
krim leseeksemplar netgalley omtale roman