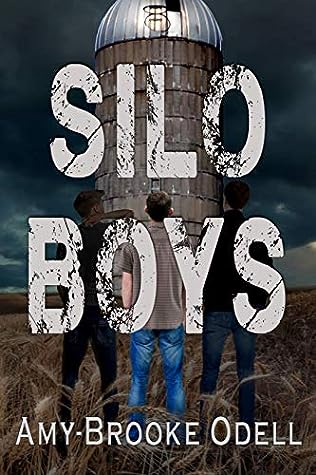 Last year I was fortunate enough to recieve an ARC of the crime novel Silo Boys by Amy-Brooke Odell through Netgalley. I read the book shortly afterwards and today I'll post my review.

Description from Goodreads
One dead, one missing, and one who was never there.

In a sleepy town in South Carolina, nineteen year old Addy Marks has spent the past two years coming to grips with the mysterious death of her friend Beau and the disappearance of her boyfriend Mason.

After the annual Dogwood festival three boys were seen heading toward a local silo. When morning arrived, Beau’s body was discovered, Mason was missing, and Hunter, the best friend of the two boys, claims he wasn’t at the silo.

Two years later everything is turned upside down when Mason unexpectedly returns to town, but before Addy can meet with him he is found murdered. Coping with her best friend’s lies, uncovering the last standing Silo Boy’s sealed alibi, and protecting her friends from harm, Addy must figure out what happened that night at the silo before anyone else loses their life. As she exposes the tragic mystery she realizes that everyone holds tightly to their secrets and misdeeds.

My Thoughts on the Book
Silo Boys was an interesting crime/mystery with various twists and turns in it. Though I might add that I sometimes struggled a little bit with a couple of the characters, but it was overall a fun read.
krim leseeksemplar netgalley omtale roman