Review; I'll Keep You Safe by Peter May 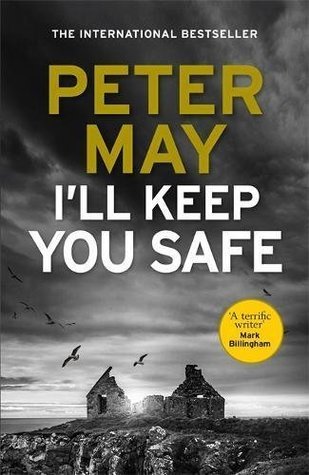 I purchased the crime novel I'll Keep You Safe by Peter May last year. Now I've finally read it and today I'll post my review of the book.

Description from Goodreads
WHATEVER HAPPENS

Niamh and Ruairidh Macfarlane co-own the Hebridean company Ranish Tweed. On a business trip to Paris to promote their luxury brand, Niamh learns of Ruairidh's affair, and then looks on as he and his lover are killed by a car bomb. She returns home to Lewis, bereft.

I'LL ALWAYS BE THERE FOR YOU

Niamh begins to look back on her life with Ruairidh, desperate to identify anyone who may have held a grudge against him. The French police, meanwhile, have ruled out terrorism, and ruled in murder - and sent Detective Sylvie Braque to shadow their prime suspect: Niamh.

I'LL KEEP YOU SAFE, NO MATTER WHAT

As one woman works back through her memories, and the other moves forward with her investigation, the two draw ever closer to a deadly enemy with their own, murderous, designs.

My Thoughts on the Book
As I've read a couple of other titles by Peter May earlier, I had a feeling I was in for a treat. It was a good book, but I didn't quite like the ending of it and what he did to the lesbian character. Though I might add that I did love the descriptions in the book.
engelsk krim omtale roman