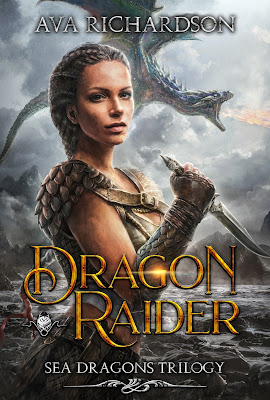 Will adapting to a changing world make one young woman lose touch with where she came from?

Far from the kingdom of Torvald, on the Western Isles near the coast, Sea Dragons rule the skies. Lila is the daughter of the Raider leader, destined to take his place one day aboard their plundering ships. Her people value only what shiny trinkets they can get their hands on, but she aspires to much more than that: Lila wants the Raiders to become Dragon Mercenaries, dragon riders who help protect merchant fleets and navies from attack. Her father Kasian is skeptical, but a young monk named Danu—with a quest of his own—comes bearing a prophecy claiming that Lila is the lost heir of Roskilde, a born Dragon Rider.
With Danu’s guidance, Lila finds the unruly dragon she’s destined to bond with—but the mismatched pair soon learn that much more than just their futures is at stake.

Churning seas, bright with blood. Fire billowing over the water, and dark skies heavy with thunder…
“Aii!” The old woman awakes with a start to find herself in her simple round room in her simple round hut. The inner walls are dark, though she knows with the dawn the plaster will gleam white. The floor is yet the solid, deep mahogany planks she has trod for decades. The roof is still the weathered, bone-white but also bone-strong giant supports of giant driftwood, with heavy, warm thatch over that. Here are not the churning and frothing waters of her dreams. Not the billows of fire, not the dark storm skies.
The old woman sighs deeply, patting her frail chest as if to quiet the night terrors that had so recently fluttered there.
To say that this woman is old is an understatement. Chabon Kaidence is beyond ancient. Her pale skin is deeply lined as if cracked, and her eyes are sunken – but there is still a spark of vitality within their depths, like hidden stars. Even the folds and wrinkles of her skin still glows despite its age.
The Matriarch of the West Witches has been alive for a long time, long enough to know when a dream has stopped being just that, and has instead, become a prophecy.
A pale hand moves unsteadily to the wicker table, where a silver bell sits on piece of rough-woven, colorful fabric. She rings it, once, for the silver chime to cut through the night like a shooting star.
“Mother?” A voice sounds almost immediately at the heavy purple curtains that hang over her door, and, for a moment Chabon blinks from the glare of brighter light outside.
“You fool!” snaps another voice behind the first, and into her room step two women: one is tall and lean, with skin the color of rich, warm earth, and the other is as pale as Chabon lying before them. The first has braids of black hair falling behind her back like tree roots, whereas the pale woman has fields of golden hair streaming behind her like sunshine. It is this fair and pale woman who snaps at her darker colleague.
“Afar, you’ll blind the Mother. Turn off that light!” she says angrily, pushing her way into the room to cross the mahogany floor and stand at Chabon’s bedside.
Afar scowls for a moment, but she does as she is advised, turning the notches on the lantern until it only emits a dulled, yellowish glow as she steps into the room. Behind her, the Matriarch catches a glimpse of the wooden walkways that stretch from one hut to the next, crisscrossing the island of Sebol like vines.
“I am blinded by the darkness, Ohotto, not the light,” Chabon breathes to her two most-trusted sisters amongst the witches.
“Yes, Mother.” Ohotto hangs her pale head in shame, as Afar steps to her bedside bringing with her a pouch of rich and nourishing purple berry juice.
“Are you thirsty, Mother? Do your aches pain you?” Afar says in her heavy voice. She is not a native to these Western Islands, but she has spent many years here, under Chabon’s tutelage.
“No time to drink. I will repeat a dream for you, a nightmare – and I want you both to remember it, and to set it down on paper as soon as you can,” Chabon says. “It is a nightmare that I have had many times over the years, but now it comes frequently, every moon! Every week!”
“A prophecy.” Afar nods her head in awe. This will not be the first such prophecy that has fallen from the oldest witch’s lips. Afar Nguoa just hopes that it is also not the last.
“The seas are churning, bright with blood, and atop the waves there are flames,” Chabon intones, her voice carrying in the still airs of her hut. “There is a darkness to the skies, a darkness that is more than thunder, but a darkness as if the sun is blocked by great wings….” The old woman wets her lips, remembering the other parts of the nightmare that she has had throughout her life. Like the stationary stars in the sky can suddenly coalesce into a constellation when one squints at them right, so the nightmares fall into place, one after another.
“There is a child, born from the waters. A girl, rising from the north-east sea, under a dragon’s angry call and upon her head is a crown made of leaping waves.”

About the Author:
Ava Richardson writes epic page-turning Young Adult Fantasy books. She creates lovable characters and drops them into intricate worlds that are barely contained within your eReader. Her current work is the ‘Return of the Darkening Series’, which features Seb, Thea and their shared dragon, Kalax.

She grew up on a steady diet of fantasy and science fiction books handed down from her two big brothers – and despite being dog-eared and missing pages, she loved escaping into the magical worlds that those authors created. Her favorites were the ones about dragons; where they’d swoop, dive and soar through the skies of these enchanted lands. 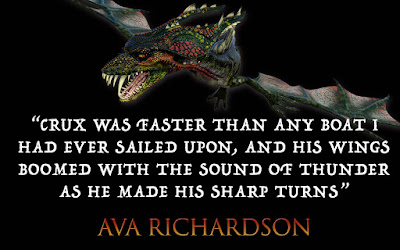 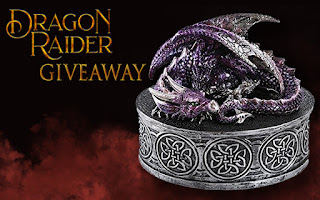