Review; Christmas at the Cupcake Café by Jenny Colgan 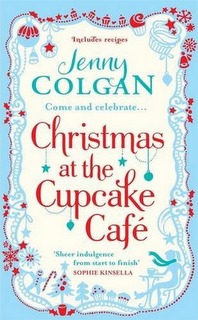 It's time for yet another review and this time it's of Christmas at the Cupcake Café by Jenny Colgan.

Description from Goodreads
Issy Randall, proud owner of The Cupcake Cafe, is in love and couldn't be happier. Her new business is thriving and she is surrounded by close friends, even if her cupcake colleagues Pearl and Caroline don't seem quite as upbeat about the upcoming season of snow and merriment. But when her boyfriend Austin is scouted for a possible move to New York, Issy is forced to face up to the prospect of a long-distance romance. And when the Christmas rush at the cafe - with its increased demand for her delectable creations - begins to take its toll, Issy has to decide what she holds most dear.

This December, Issy will have to rely on all her reserves of courage, good nature and cinnamon, to make sure everyone has a merry Christmas, one way or another...

My Thoughts on the Book
Even though it was an okay and entertaining read, I thought that a few of the characters were a bit one-dimensional at times. I might add that I loved the recipes that were included and Austin's little brother.
engelsk foodies read challenge jul omtale roman