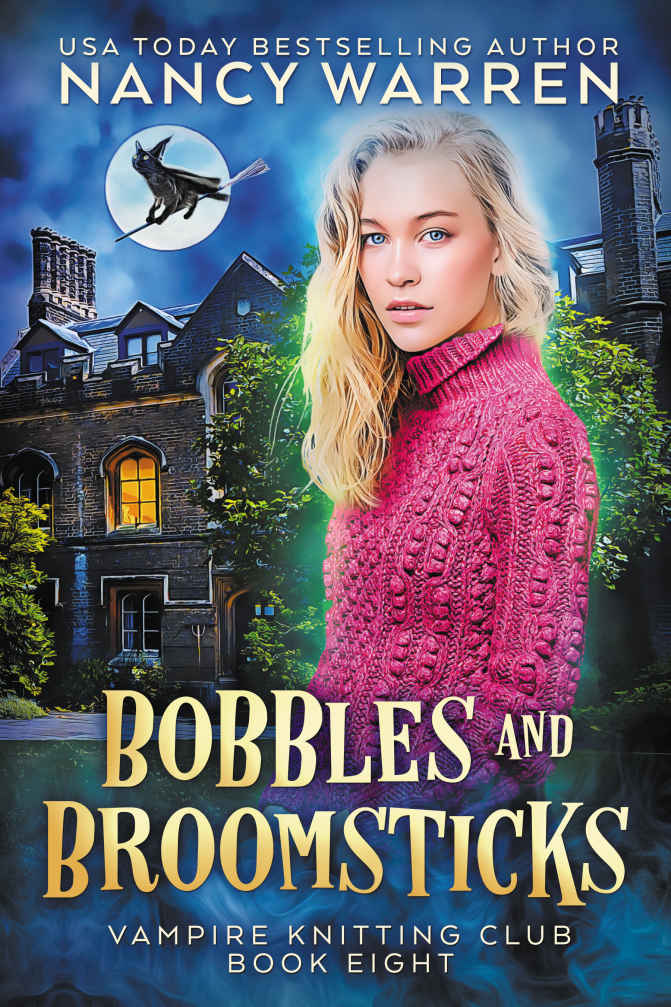 I recently read the paranormal cosy mystery Bobbles and Broomsticks by Nancy Warren and today I'll post my review.
Description from Goodreads
Who invited Death to the wedding?

When an ancient beam falls on one of the guests at Charlie and Alice’s wedding rehearsal, it looks like the work of the death watch beetle, an insect that eats old timbers. But fledgling witch Lucy and the vampire knitting club aren’t so sure. Could there be a murderer casting blame on the wood-chomping insects?

Meanwhile, the old broom that’s always stood in the corner of Cardinal Woolsey’s knitting and yarn shop seems to have a mind of its own, and Lucy’s cat is ready to hop aboard and take the broom for a spin. With or without Lucy.

Between learning a new knitting stitch and keeping her broom and cat earthbound, Lucy hasn’t got time to solve a murder—until it turns out the next victim is someone she loves.

Join Lucy and her eccentric band of amateur sleuths in Oxford as they attempt to unravel a twisted skein of clues and catch a killer without dropping a stitch.
My Thoughts on the Book
I really love Lucy, her friends, and the dynamics between them. The mystery was well crafted too, as I had no clue who the murderer was until the very end.
krim omtale paranormal roman