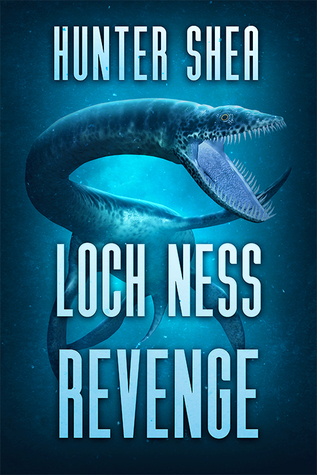 As I've been interested in the myth around the Loch Ness monster, I couldn't resist the horror novel Loch Ness Revenge by Hunter Shea. I've finally read it and today I'll post my review.
Description from Goodreads
Deep in the murky waters of Loch Ness, the creature known as Nessie has returned. Twins Natalie and Austin McQueen watched in horror as their parents were devoured by the world’s most infamous lake monster. Two decades later, it’s their turn to hunt the legend. But what lurks in the Loch is not what they expected. Nessie is devouring everything in and around the Loch, and it’s not alone. Hell has come to the Scottish Highlands. In a fierce battle between man and monster, the world may never be the same.
My Thoughts on the Book
I really enjoyed reading this book. There's plenty of action and I liked the dynamics between Natalie and Austin a lot. There's even a few moments where I ended up with a good laugh. It may be a fairly thin book, but it's highly entertaining.
omtale roman skrekk