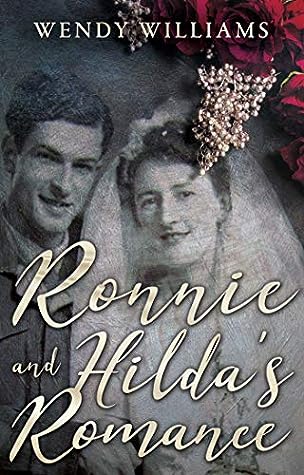 Last year I was fortunate enough to recieve an ARC of the non-fiction book Ronnie and Hilda’s Romance by Wendy Williams through Netgalley. I read it shortly afterwards and today I'll post my review.

Description from Goodreads
Ronnie and Hilda Williams met by chance aged 21 in Lancashire in November 1945, when Ronnie was home on his first leave after fighting in some of the most bitter campaigns of the Second World War in Italy. With the uncertainty of the future and Ronnie's obligation to return to active duty as a soldier abroad, Hilda and Ronnie took the ultimate leap of faith and became engaged after knowing each other for only ten days. Until Ronnie was demobbed in May 1947, their letters, over 250 of which remain, were their principal means of getting to know each other and form the main part of this heart-warming story. These eloquent letters, which are in turn happy, sad, humorous, serious and informative, provide a fascinating and vivid glimpse of what life was like in the immediate post-War period, both for Ronnie, still suffering hardship in active service, and for Hilda in a Britain struggling to return to normality. Their determination to be together against all odds will stay with you until long after the final page. Ronnie and Hilda's Romance is a social and military history, a romance, and, above all, it is about hope for a new and better life after the long-awaited end of the Second World War.

My Thoughts on the Book
It's a heartwarming book about love and the post-WWII era. Through the letters, one can sense the warmth and respect they have for each other. It was also a bit interesting looking at some of the photos, as it gives the story some faces.