Five Underrated Rainy Day Reads To Pick Up This Autumn

September 25, 2022
The autumn is the perfect season to curl up with a good book and a giant cup of coffee or tea, especially if it's crappy weather outside. With that in mind, I created a short list of five underrated rainy day reads to pick up this autumn.
Here's my five picks. 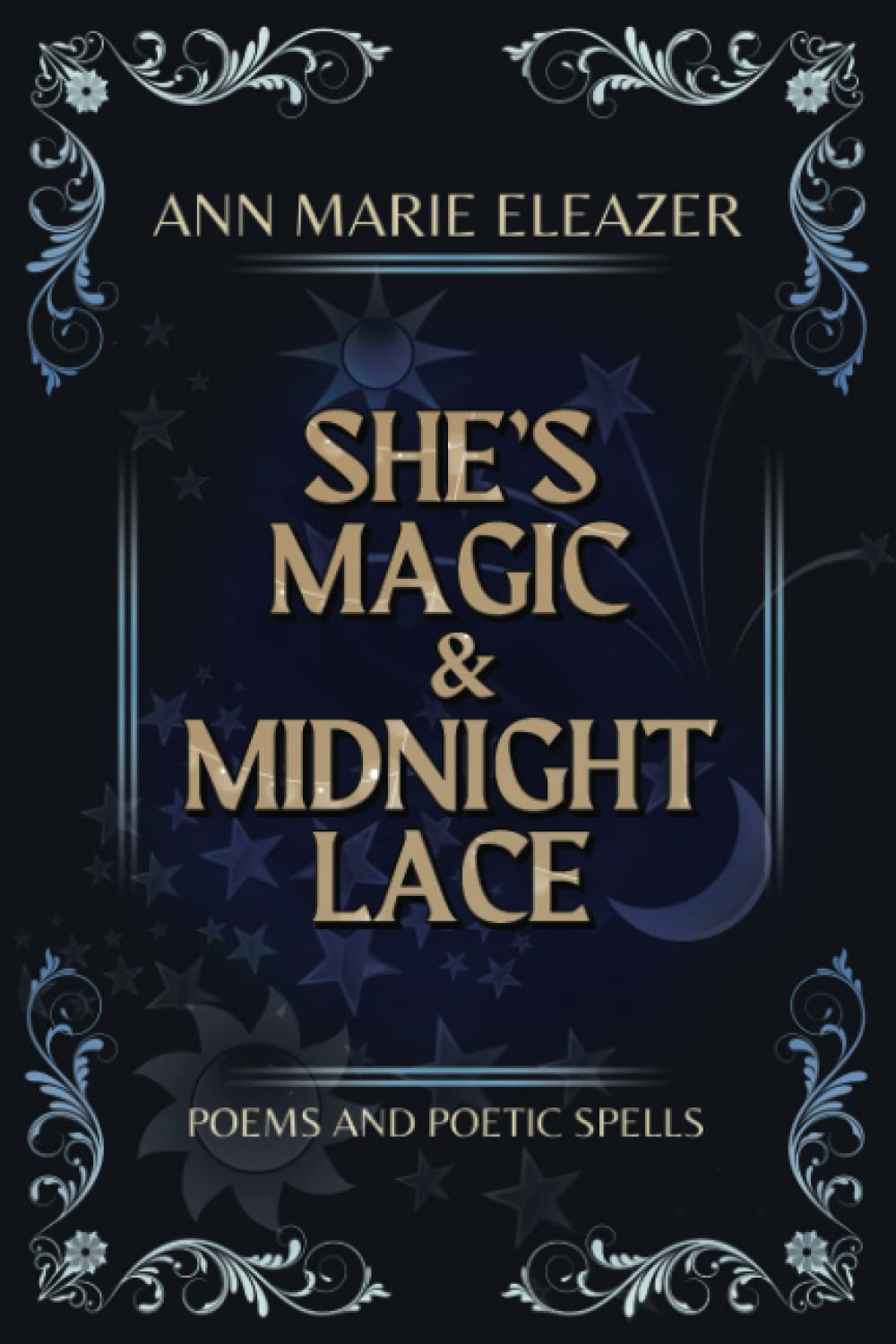 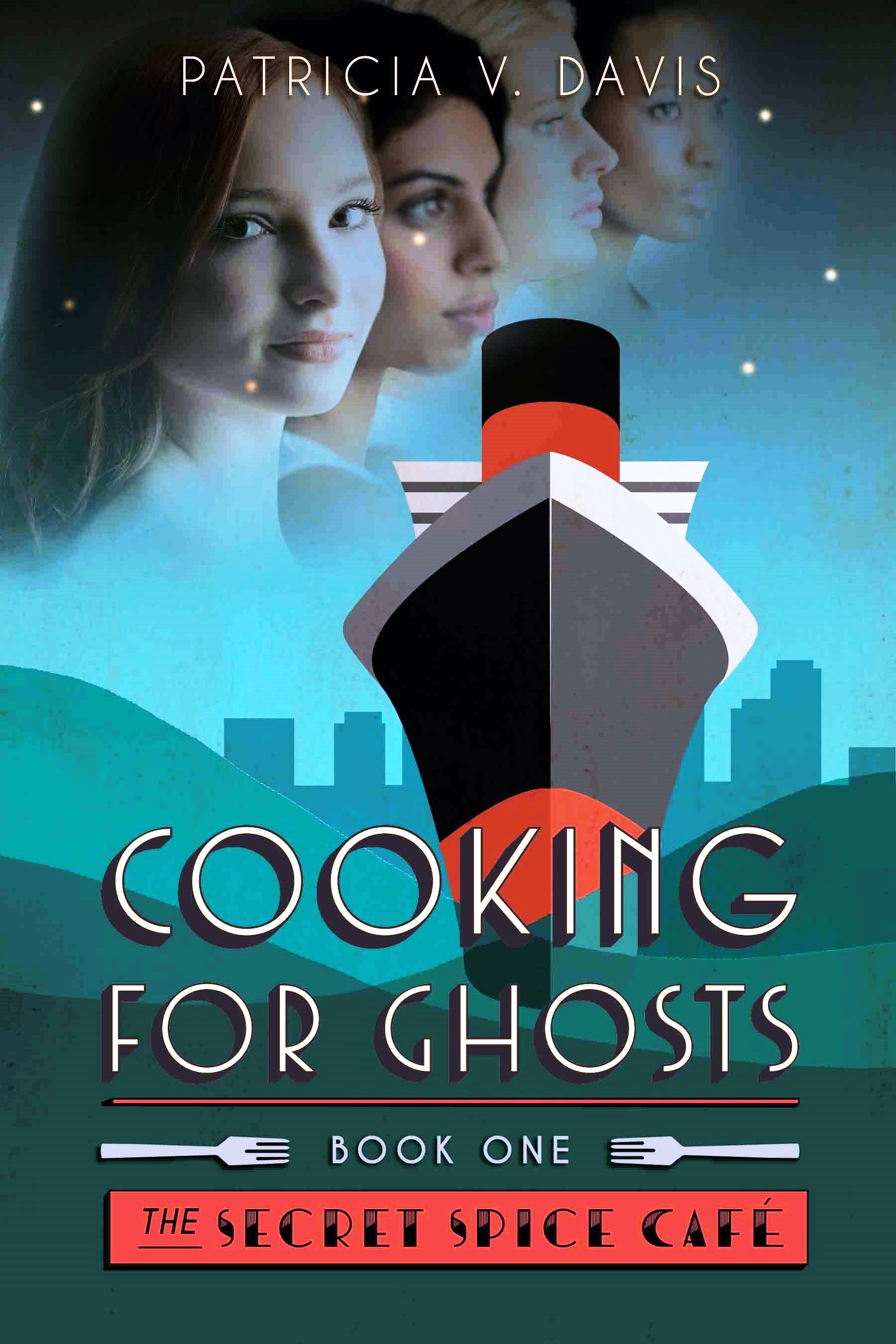 Cooking for Ghosts by Patricia V. Davis
Description from Goodreads
Do hearts broken long ago forever leave a tangible trace?
A Vegas cocktail waitress. An Indian herbalist. A British chemistry professor. An Italian-American widow. Four unique women with one thing in common: each is haunted by a tragedy from her past.
Cynthia, Rohini, Jane, and Angela meet on a food blogging site and bond over recipes. They decide on impulse to open The Secret Spice, an elegant café on the magnificent ocean liner, the RMS Queen Mary, currently a floating hotel in Long Beach, California. Rich in history and tales of supernatural occurrences, the ship hides her own desperate secrets.
The women are surrounded by ghosts long before they step aboard, but once they do, nothing is quite what it seems. Not the people they meet, not their brooding chef’s mystic recipes, and not the Queen Mary herself. Yet the spirits they encounter help them discover that there’s always a chance to live, as long as one is alive.
Nominated for the prestigious National Book Critics Circle Award for Fiction, COOKING FOR GHOSTS is an unforgettable tale of love, redemption, and divine female power. 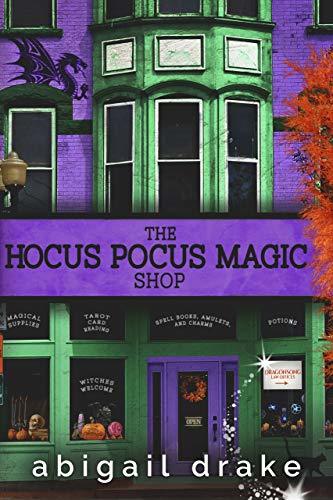 The Hocus Pocus Magic Shop by Abigail Drake
Description from Goodreads
When chemist Grace O’Leary finds a book of magic spells hidden in her Aunt Lucy’s run-down magic shop, the scientist in her itches to try them out. She mixes up a batch of love potions as a joke, and has to face the consequences when they actually seem to work.
Her dream of becoming a professor is in peril, and time is running out to finish research for her dissertation. She can't handle any more distractions, but the magic shop is on the verge of closing, her aunt has become forgetful and confused, and a handsome reporter named Dario Fontana keeps sniffing around for a story. The last thing she needs is for him to find out about the love potions and expose her as fraud, but she begins to trust him, and the sizzling chemistry between them is soon too powerful to deny.
With her personal and professional life in chaos, and her budding relationship with Dario in jeopardy, Grace is faced with a difficult choice. Fixing what is broken means going against every logical bone in her body. Can Grace learn to silence her scientific brain long enough to accept the truth about magic…and also about herself? 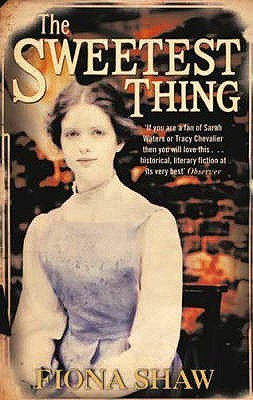 The Sweetest Thing by Fiona Shaw
Description from Goodreads
When Harriet, a working-class girl who, with her friend Mary has left her coastal job of collecting and gutting fish, stops on a bridge in her newly adopted home in York, she is approached by an upper-class gentleman. Samuel is a Quaker, a good soul, and a man interested in the new science of photography. He also collects photographs of working-class girls in their working clothes. Samuel invites the girls to come to his friend's studio. While Mary is almost instantly lost to the art of photography, Harriet, a sturdier sort, goes on to get a job in the Quaker-owned Wetherby's Chocolate Factory. She soon catches the eye of a young clerk who is one of the favourites of the owners and through him discovers the deadly rivalry between the chocolate-makers. Samuel is also taken with the young Harriet, though because of class, he watches her from afar, until his sister - 'mad Grace' locked away in an asylum - becomes part of their mutual story. Set in York in the early 1900s, The Sweetest Thing is a true Victorian novel with a large cast and wonderfully intriguing subplots, set at a moment of great social change. 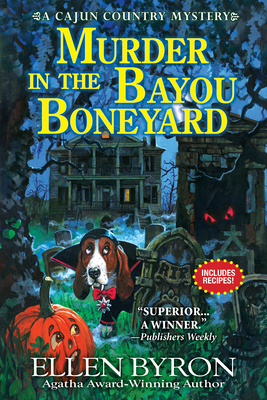 Murder in the Bayou Boneyard by Ellen Byron
Description from Goodreads
Maggie Crozat, proprietor of a historic Cajun Country B&B, prefers to let the good times roll. But hard times rock her hostelry when a new cell phone app makes it easy for locals to rent their spare rooms to tourists. With October--and Halloween--approaching, she conjures up a witch-crafty marketing scheme to draw visitors to Pelican, Louisiana.
Five local plantation B&Bs host "Pelican's Spooky Past" packages, featuring regional crafts, unique menus, and a pet costume parade. Topping it off, the derelict Dupois cemetery is the suitably sepulchral setting for the spine-chilling play Resurrection of a Spirit. But all the witchcraft has inevitably conjured something: her B&B guests are being terrified out of town by sightings of the legendary rougarou, a cross between a werewolf and vampire.
When, in the Dupois cemetery, someone costumed as a rougarou stumbles onstage during the play--and promptly gives up the ghost, the rougarou mask having been poisoned with strychnine, Maggie is on the case. But as more murders stack up, Maggie fears that Pelican's spooky past has nothing on its bloodcurdling present.
book recommendations liste 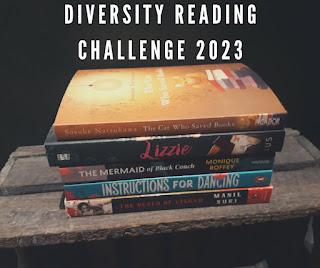 As it's 2023 in less than two months, I figured out it was time to annouce the 2023 Diversity Reading Challenge. I’m not going to make any categories or levels for this challenge, as I want it to be a bit flexible. Read as many books as you feel like reading and yes, it can be children’s books, graphic novels, e-books, non-fiction, audio books, poetry and you-name-it. As it is a diversity reading challenge, it would be mean to exclude some types of reading materials, right? Now, what is diversity you might ask? What I mean by diversity is, but not limited to; People of colour/non-caucasian characters/authors Native Americans and other indigenous people LGBTQIA+ Authors/characters defining themselves as trans, intersex, genderfluid or similar Refugees Religious minorities Mental illnesses/disorders Neurodiversity (like ADHD and autism) Feminist themes/issues Physical/mental disabilities Characters/authors with chronic health issues Characters/authors in wheelchairs Characters/autho
Read more