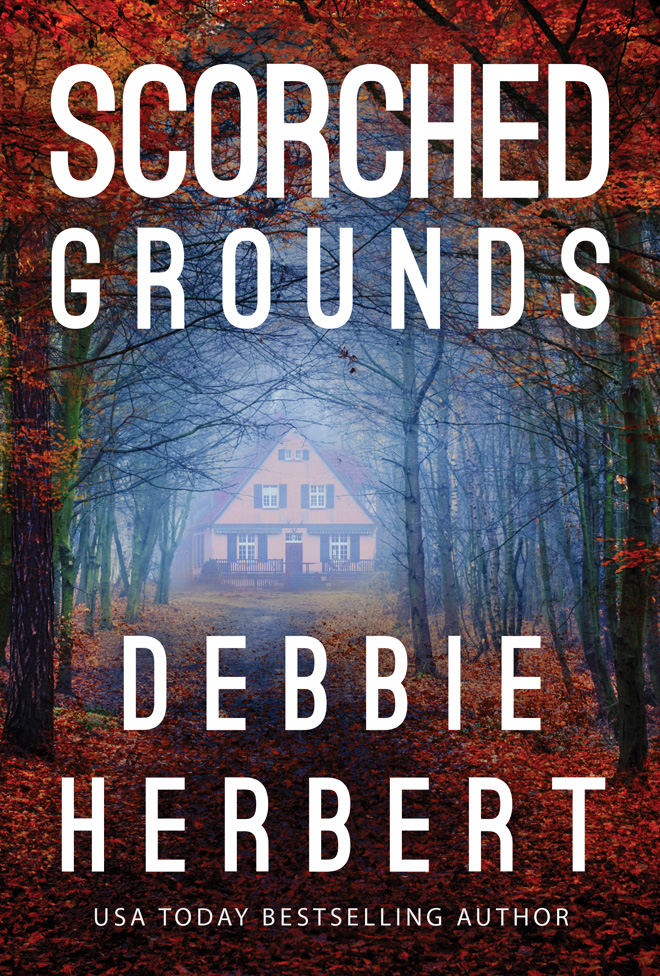 Earlier this year I was fortunate enough to recieve an ARC of the crime thriller Scorched Grounds (Normal, Alabama #2) by Debbie Herbert through Netgalley. I read it shortly afterwards and today I'll post my review.

Description from Goodreads
From bestselling author Debbie Herbert comes a chilling, fast-paced story about family tragedy and confronting what terrifies us most.

In the eighteen years since her father went to prison for killing her mother and brother, Della Stallings has battled a crippling phobia. Her fear only grows when her father’s released. She still believes he killed her family, but the police don’t have enough evidence to arrest him again.

When new grisly murders occur—each bearing the telltale signs that seem to implicate her father—Della begins to wonder if the real murderer is still out there. Could her father have been framed?

To find the truth, Della must face her greatest fears and doubts—not only to find justice for her family but to ensure her own survival.

My Thoughts on the Book
Scorched Grounds was such an engaging book and I really liked Debbie Herbert's writing style. There's well written suspense to keep you on your toes, it's well paced and the the characters are complex, especially Della.
krim leseeksemplar netgalley omtale roman