Book Recommendations; 6 Books To Pick Up During Caribbean Heritage Month

June 14, 2022
It's Caribbean Heritage Month in June, so it's only fair I write a book recommendations list, especially as I host the 2022 Diversity Reading Challenge. I can admit that I haven't read that many books by Caribbean authors, so I'm guilty as charged there. Fortunately I've at least read a few books, and here comes the list of six books that I enjoyed reading. 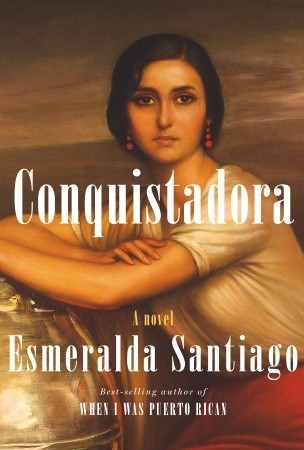 Conquistadora by Esmeralda Santiago
Description from Goodreads
An epic novel of love, discovery, and adventure by the author of the best-selling memoir When I Was Puerto Rican.
As a young girl growing up in Spain, Ana Larragoity Cubillas is powerfully drawn to Puerto Rico by the diaries of an ancestor who traveled there with Ponce de León. And in handsome twin brothers Ramón and Inocente—both in love with Ana—she finds a way to get there. She marries Ramón, and in 1844, just eighteen, she travels across the ocean to a remote sugar plantation the brothers have inherited on the island.
Ana faces unrelenting heat, disease and isolation, and the dangers of the untamed countryside even as she relishes the challenge of running Hacienda los Gemelos. But when the Civil War breaks out in the United States, Ana finds her livelihood, and perhaps even her life, threatened by the very people on whose backs her wealth has been built: the hacienda’s slaves, whose richly drawn stories unfold alongside her own. And when at last Ana falls for a man who may be her destiny—a once-forbidden love—she will sacrifice nearly everything to keep hold of the land that has become her true home.
This is a sensual, riveting tale, set in a place where human passions and cruelties collide: thrilling history that has never before been brought so vividly and unforgettably to life. 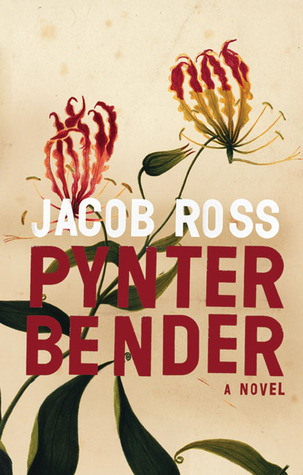 Pynter Bender by Jacob Ross
Description from Goodreads
Pynter Bender is a child of the cane fields of Grenada, the second smallest independent state in the world. This extraordinary debut novel tells of a boy born blind but whose eyes are healed, allowing him to see great beauty. The story charts the painful awakening of a rural population, essentially organized around serfdom, into a raw and uncertain future that can only be achieved through fighting—a civil war that Pynter is drawn in to. Pynter's father leaves him to be brought up by the Bender women, a close-knit group of aunts and cousins, and Pynter's early life is shaped by these women. He begins to understand a world beyond them when his uncle, Birdie the Beloved, the best baker on the island, occasionally returns to the family on his brief periods out of jail. When Pynter comes to love a woman, and later flees his family to hide in the canes from the marauding soldiers, he can no longer ignore the violent world beyond the yard where he lives. Pynter Bender is about the conflict between the world of men and women, men who walk away from their families and from the cane fields, and their women who forbear. 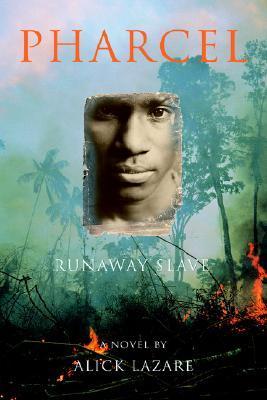 Pharcel: Runaway Slave by Alick Lazare
Description from Goodreads
Pharcel stayed in the hut long after Coree Greg had left it. His mind was in turmoil as it swung around the rationality of Coree Greg's caution, the boldness of Bala's call for present action and Paulinaire's ideas about programmed unity among all colored people and an organized campaign against the white government. He trusted the wisdom of Coree Greg and he wanted to follow him; but he found the stirring challenge put forward by Bala irresistible. Pharcel, a runaway slave, is heavily sought by all the political forces on the small island of Dominica-the white English colonists, the revolutionary French, and the rebellious mulattos-for his role in the slave uprisings.
Torn between loyalty to his race and a strong personal desire for freedom and acceptance by the colonial powers and the rising mulatto influence, he walks a razor's edge of duplicity and ambivalence until his natural rebelliousness is pitted against the full force of colonial power. In the end, he succumbs to an irresistible and nearly fatal attraction for the wife of a French planter. But in a fit of ruthless rage, Pharcel sets the colony ablaze. Can he rescue her from the hands of his archenemy? 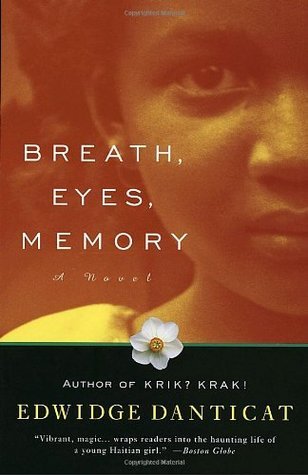 Breath, Eyes, Memory by Edwidge Danticat
Description from Goodreads
At the age of twelve, Sophie Caco is sent from her impoverished village of Croix-des-Rosets to New York, to be reunited with a mother she barely remembers. There she discovers secrets that no child should ever know, and a legacy of shame that can be healed only when she returns to Haiti--to the women who first reared her. What ensues is a passionate journey through a landscape charged with the supernatural and scarred by political violence, in a novel that bears witness to the traditions, suffering, and wisdom of an entire people.
At an astonishingly young age, Edwidge Danticat has become one of our most celebrated new novelists, a writer who evokes the wonder, terror, and heartache of her native Haiti--and the enduring strength of Haiti's women--with a vibrant imagery and narrative grace that bear witness to her people's suffering and courage. 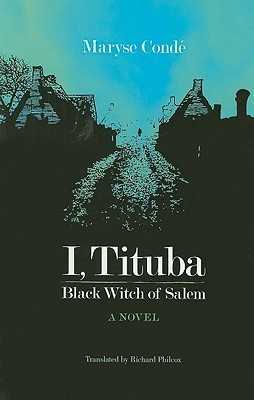 I, Tituba, Black Witch of Salem by Maryse Condé
Description from Goodreads
At the age of seven, Tituba watched as her mother was hanged for daring to wound a plantation owner who tried to rape her. She was raised from then on by Mama Yaya, a gifted woman who shared with her the secrets of healing and magic. But it was Tituba's love of the slave John Indian that led her from safety into slavery, and the bitter, vengeful religion practiced by the good citizens of Salem, Massachusetts. Though protected by the spirits, Tituba could not escape the lies and accusations of that hysterical time.
As history and fantasy merge, Maryse Condé, acclaimed author of TREE OF LIFE and SEGU, creates the richly imagined life of a fascinating woman. 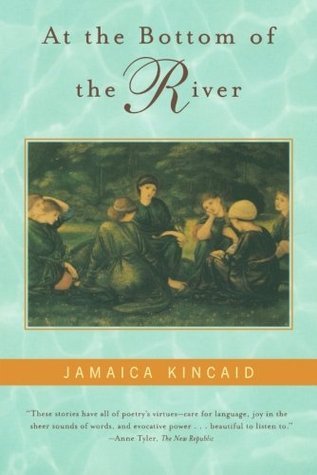 At the Bottom of the River by Jamaica Kincaid
Description from Goodreads
Jamaica Kincaid's inspired, lyrical short stories
Reading Jamaica Kincaid is to plunge, gently, into another way of seeing both the physical world and its elusive inhabitants. Her voice is, by turns, naively whimsical and biblical in its assurance, and it speaks of what is partially remembered partly divined. The memories often concern a childhood in the Caribbean--family, manners, and landscape--as distilled and transformed by Kincaid's special style and vision.
Kincaid leads her readers to consider, as if for the first time, the powerful ties between mother and child; the beauty and destructiveness of nature; the gulf between the masculine and the feminine; the significance of familiar things--a house, a cup, a pen. Transfiguring our human form and our surroundings--shedding skin, darkening an afternoon, painting a perfect place--these stories tell us something we didn't know, in a way we hadn't expected.
book recommendations liste tips