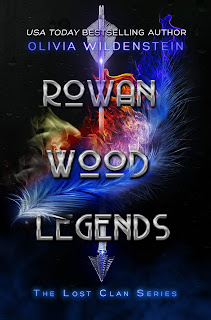 Beskrivelse fra Goodreads
SOME LEGENDS ARE BETTER LEFT UNTOLD.
I wasn’t the sort of girl who believed in fairytales, let alone tales about faeries. But that changed the day Faeries came to my small town and Hunters rose from their graves. On that fateful day, I received a book, a peculiar collection of myths and legends. Turns out it was so much more than stories. And just as I was on the verge of unlocking its secrets, it was stolen from me by someone I called a friend. Now, I don’t know whom I can turn to, whom I can trust. All I know is that there are two sides, and I am straddling the great divide because I am both Faerie and Hunter. And although I swore I would never choose, I am slowly falling for one of those sides…