Showing posts from October, 2018
Show All

October 31, 2018
As it's the end of the month, it's time for a monthly summary of the books I've read and my book haul. Here's the lists.

It's Tuesday, which means it's time for a new Top Ten Tuesday post, courtesy of That Artsy Reader Girl. As it was a Halloween/creepy freebie this week, I decided to write a ten books to read for Halloween-list.
My list includes;
The Reading Buddy by Bryce Gibson
The Woman in Black by Susan Hill
The Jack in the Green by Frazer Lee
The Exorcist by William Peter Blatty
Interview with the Vampire by Anne Rice
The Shapeshifters by Stefan Spjut
Shadow on the Wall by Jonathan Aycliffe
The Winter People by Jennifer McMahon
Vampyr by Steffen Kverneland

My Love Affair with Bats
I once rescued a bat in distress. It happened about five years ago when I was walking my dog and stepped over what I thought was a dark brown leaf. But then the leaf’s head moved.
It was August and very hot, and my heart just went out to the poor thing. I phoned a local bat rescue, and although the woman at the helm was willing to take the bat, she couldn’t come out because she had to keep a 24/7-eye on a batch of baby bats. I managed to move the injured bat into a shoebox and transport it about forty-five minutes away to this woman, who lived in a house full of bats and cats. Even her license plates on her car read BATRESQ. I learned the bat I’d rescued was approximately two, a female Big Brown with a shoulder injury. Unfortunately, after trying to save her for over a month, the rescue had to euthanize, as she wouldn’t leave the stitches alone and her survival hinged upon her rehabilitation.
Through this experience, I learned a lot about bats and began researchi…
Post a comment
Read more 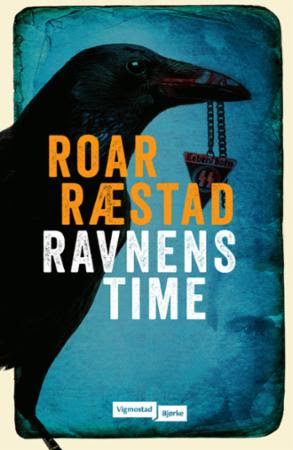 I'm a mom who writes books in her spare time: translation--I hide in the bathroom with my laptop and lock the door while the kids destroy the house and smear peanut butter on the walls. I was born in Utah but lived in Kansas until I was 13, in Texas until I was 18, and attended college in Hawaii—studying marine biology. I'm now back in Utah--"happy valley". I'm married to a wonderful husband, James, and we are currently raising 6 rambunctious children. My interests are reading, writing (of course), martial arts, visual arts, creating Halloween props, and spending time with family.
I signed with Clean Teen Publishing in 2013. My first published book Rising, quickly hit the best-seller lists and has maintained its status on those lists since it's release in September 2013. The sequel in The Rising Series titled, Descending, was released in late March 2014. It also hit best-seller status--reaching all the way to #1 in Mythology on Amazon. 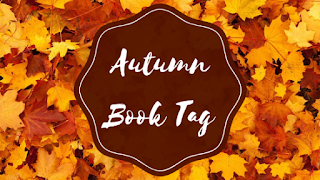 I came across the Autumn Book Tag at Heather's Reading Hideaway and as it looked like a fun tag, I wanted to participate.

So here's the questions and my answers.
Q: Best autumnal themed book cover?  There's plenty of great autumnal book covers out there, but I really liked The Charm of Lost Chances by Lucia N. Davis.
Q: Which fictional friend group would you trust with a Ouiji board? Most likely Arabella Holmes and Henry Watson from Boneseeker by Brynn Chapman.
Q: Which book setting would you love to be celebrating in during Halloween night?  A: That answer is pretty easy - Hogwarts, or at the very least Hogsmeade.
Q: Best autumnal food description inside of a story?  The caramel apples in The Night Circus by Erin Morgenstern.

Q: Which fictional character would you dress as? Bellatrix LeStrange or Morticia Addams.
Q: An antagonist you would pledge your allegiance to?  Not surprisingly I would say Dracula.
Q: The creepiest book you've ever read? The Woman in Black by Susan Hi…
2 comments
Read more

Monster Mash Countdown Blitz; When the Stars Come Out by Scarlett St. Clair

Scarlett St. Clair lives in Oklahoma with her husband. She has a Master’s degree in Library Science and Information Studies and spends a lot of time researching reincarnation, unsolved murders and Greek mythology–all of which made it into her debut novel, When Stars Come Out (Oct 2018).

Anora Silby can see the dead and turn spirits into gold coins, two things she would prefer to keep secret as she tries to lead a normal life at her new school. After all, she didn’t change her identity for nothing.

As it turns out, hiding her weirdness is just one of many challenges. By the end of her first day, she’s claimed the soul of a dead girl on campus and lost the coin. Turns out, the coin gives others the ability to steal souls, and when a classmate ends up dead, there’s no mistaking the murder weapon.
Navigating the loss of her Poppa, her mother’s mistrust, and Roundtable, an anonymous student gossip app threatening to expos…
Post a comment
Read more 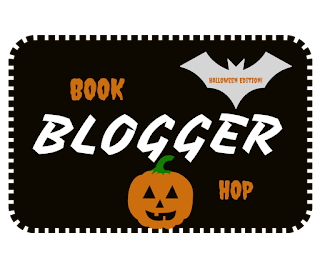 It's Friday again, which means it's time for a new Book Blogger Hop post, courtesy of Ramblings of a Coffee Addicted Writer. The question of the week was "Recommend one horror novel for non-horror readers".

Book Blogger Hop: Halloween Edition! Personally, I would recommend "The Woman in Black" by Susan Hill. It has gothic elements, it's a bit moody, it has great descriptions and it does give you the chills from time to time.
10 comments
Read more

Denise is a Southern girl who has lived in Louisiana all her life, and yes, she has a drawl. She has a wonderful husband and two incredible children, who not only endure her writing moods, but who also encourage her to indulge her writing passion. Besides writing romantic suspense, she enjoys traveling, reading, and cooking. Accounting is a skill she has learned to earn a little money to support her writing habit. She wrote her first story when she was a teen, seventeen handwritten pages on school-ruled paper and an obvious rip-off of the last romance novel she had read. She's been writing off and on ever since, and with more than a few full-length manuscripts already completed, she has no desire to slow down.

Desperate to begin a new life, Jerilyn Bowman changes her name and goes off the grid. Sparks fly when Det. Nick Moreau confronts her about her identity and then seems to follow her wherever she goes. When…
Post a comment
Read more
More posts