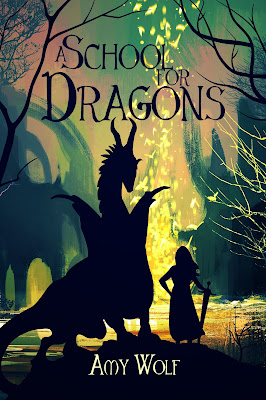 Mattie Sharpe—seventeen and bored in L.A. —is getting into trouble. She gets into even more when she's whisked to Cavernis, a world teeming with dragons. But these are dragons as you've never seen them: they are fussy gourmets; work as lawyers & CPA's; and attend their school ASH, where they take classes like TNS ("Tails, Nails & Scales").

Reuniting with her childhood friend, Mattie learns why she’s been brought there, and even heads ASH’s rowing team, Skull & Bones. She learns how to be a knight from the mysterious Eli, a small mute dragon…or is he? 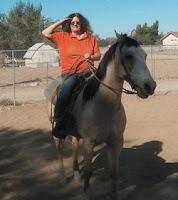 About the Author
Amy Wolf has published 38 short stories, including two in Realms Of Fantasy, and one in Interzone. Her memoir, Don’t Let Me Die In A Motel 6, is a humorous account of her years after the Great Recession (and is available on Kindle).

Amy started her career working for the Hollywood film studios, where she was a script writer/reader. She is currently a refugee from Los Angeles living in Seattle.